I met Lacey my freshman year of college at the University of Michigan. Lacey is one of those girls who is so amazing that, after you start to learn a little about her, one of the thoughts that eventually crosses your mind is “Gosh, I wonder what kind of man will be amazing enough for her?”

Jon’s amazing too. Equally so. He might deny it which is a good thing because it proves how humble he is :). Anyway, Jon and Lacey will be getting married NEXT WEEKEND just north of Columbus, OH. I’m so excited for both Jon and Lacey to end their lives as singles and be united in marriage. Around 2 weeks ago, I was fortunate enough to spend a few hours with this delightful pair.

We started in a park near my house and then headed out to a preserve for some more nature-y photos. Before we dive in, I suggest you head over to my facebook page and click that like button. You’ll be notified when the wedding photos hit and observe my progression as a photographer. Who doesn’t want that?! 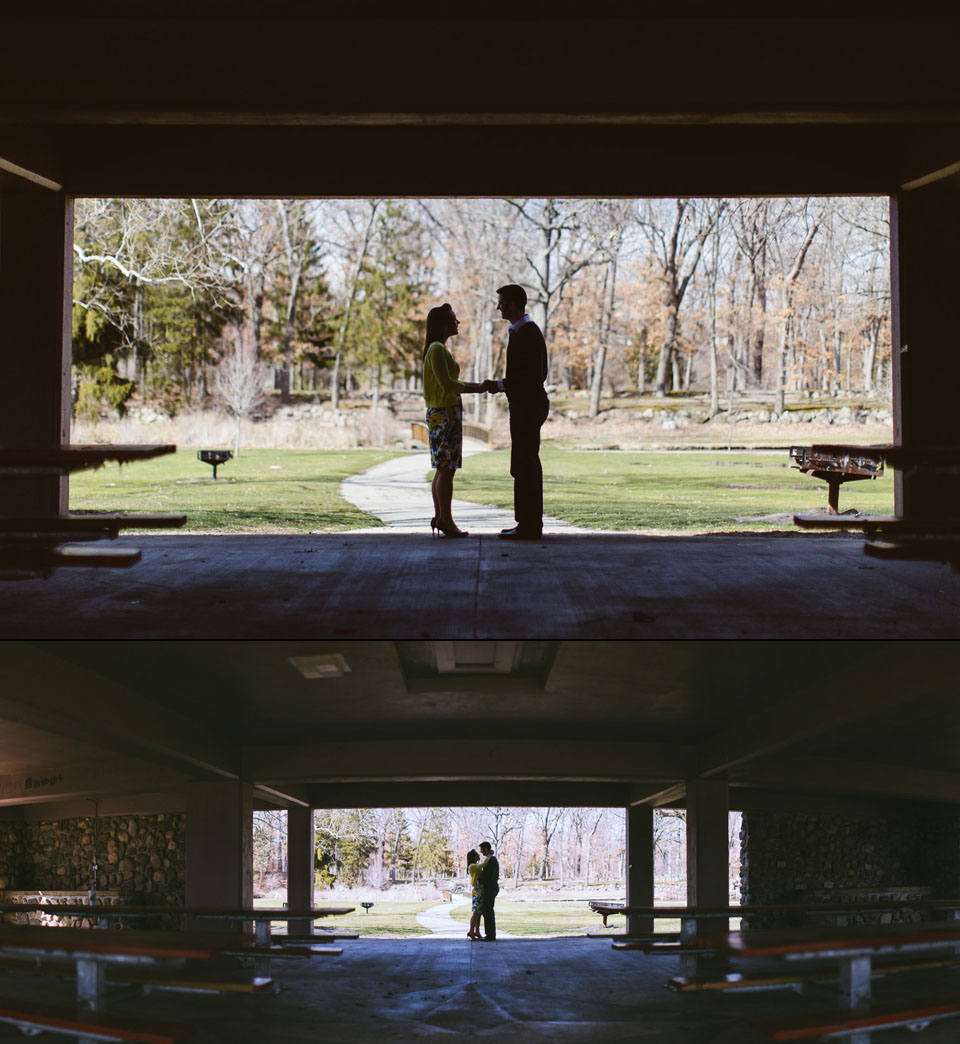 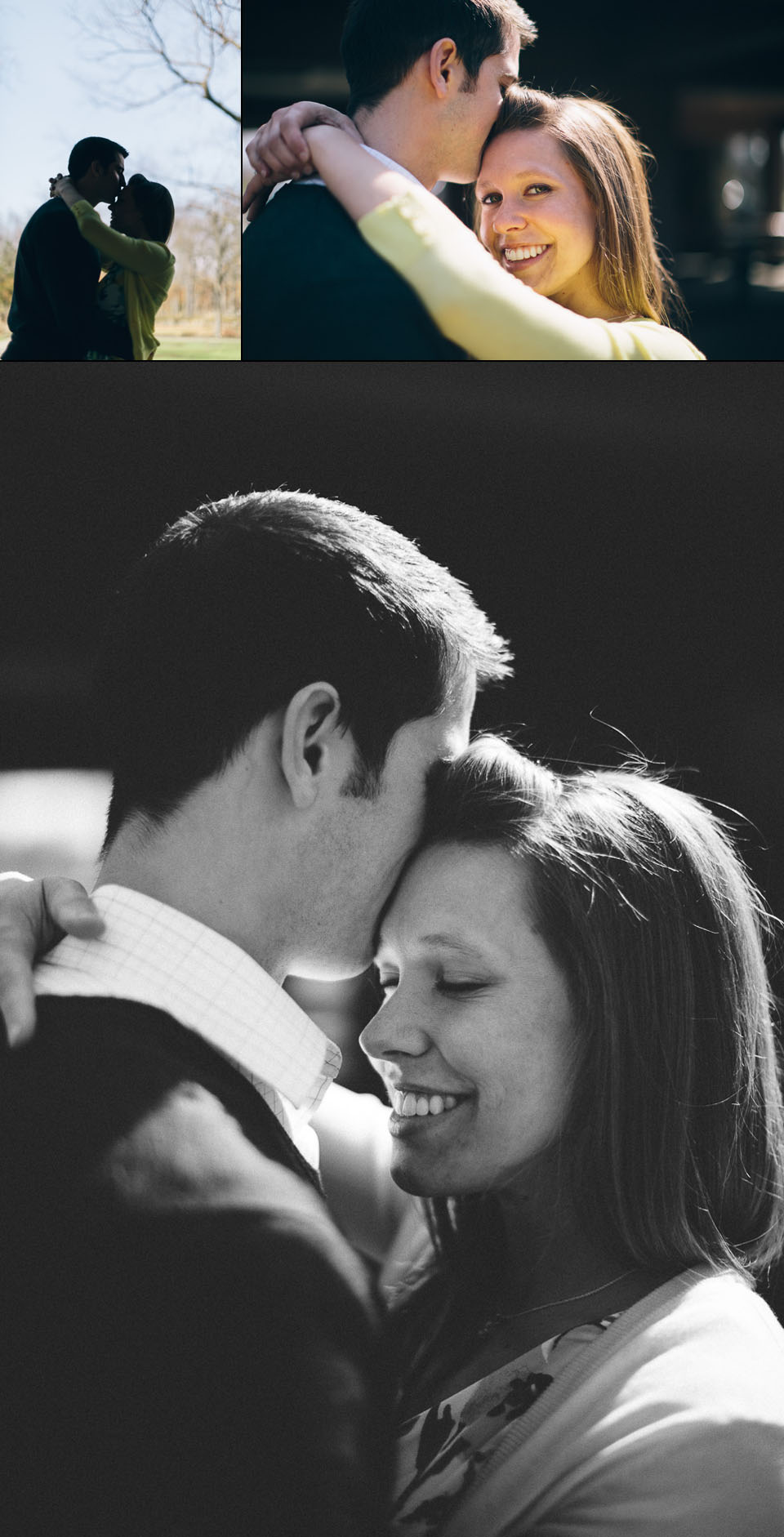 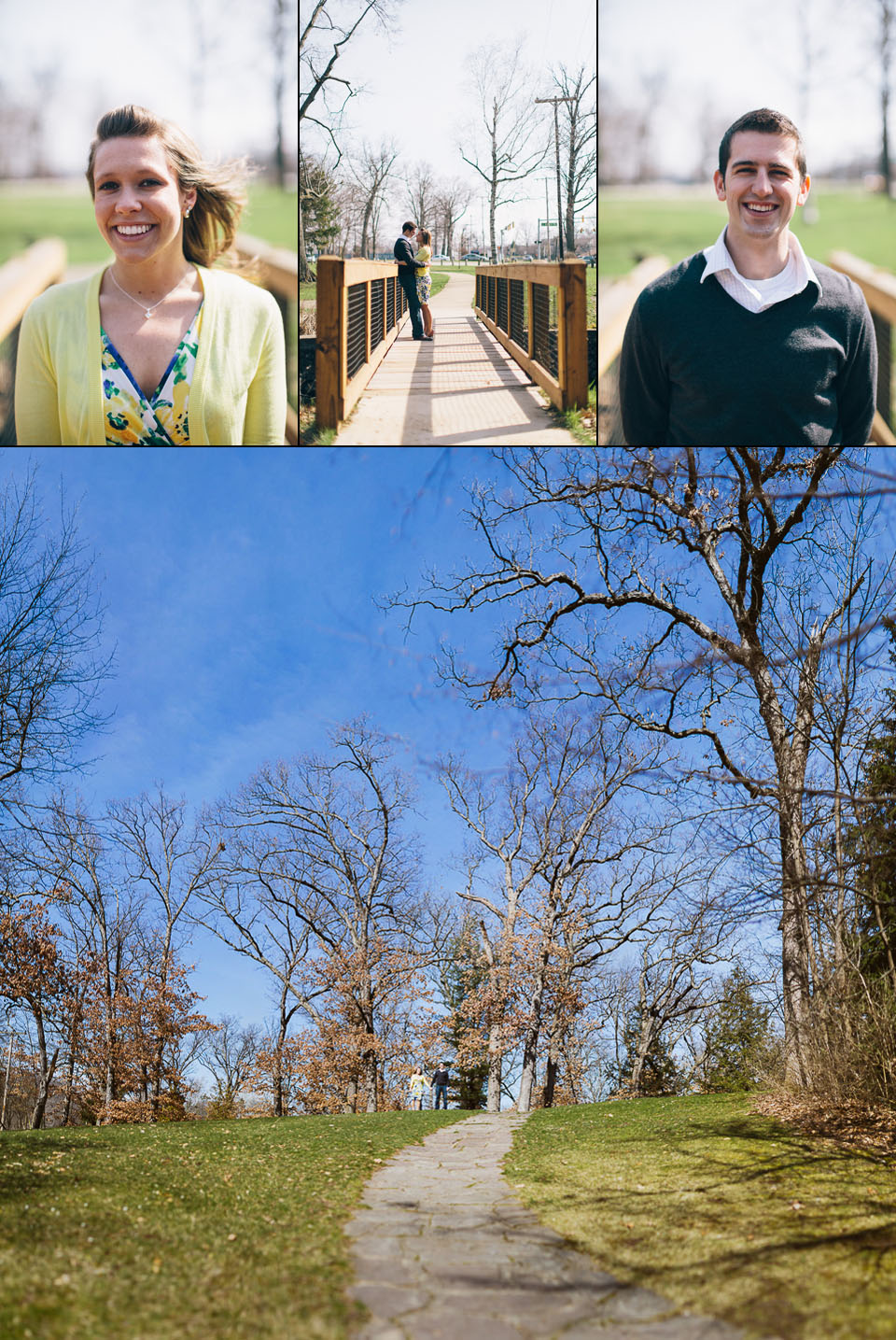 It’s great to get a feel for a couple before their wedding day. Lacey will have to call me out on this if I’m wrong but Jon seemed to do a great job keeping things natural as I documented their relationship. Good on yah, Jon!

Stopping back by our house for a wardrobe change, I spent some time with Lacey’s beautiful engagement ring. 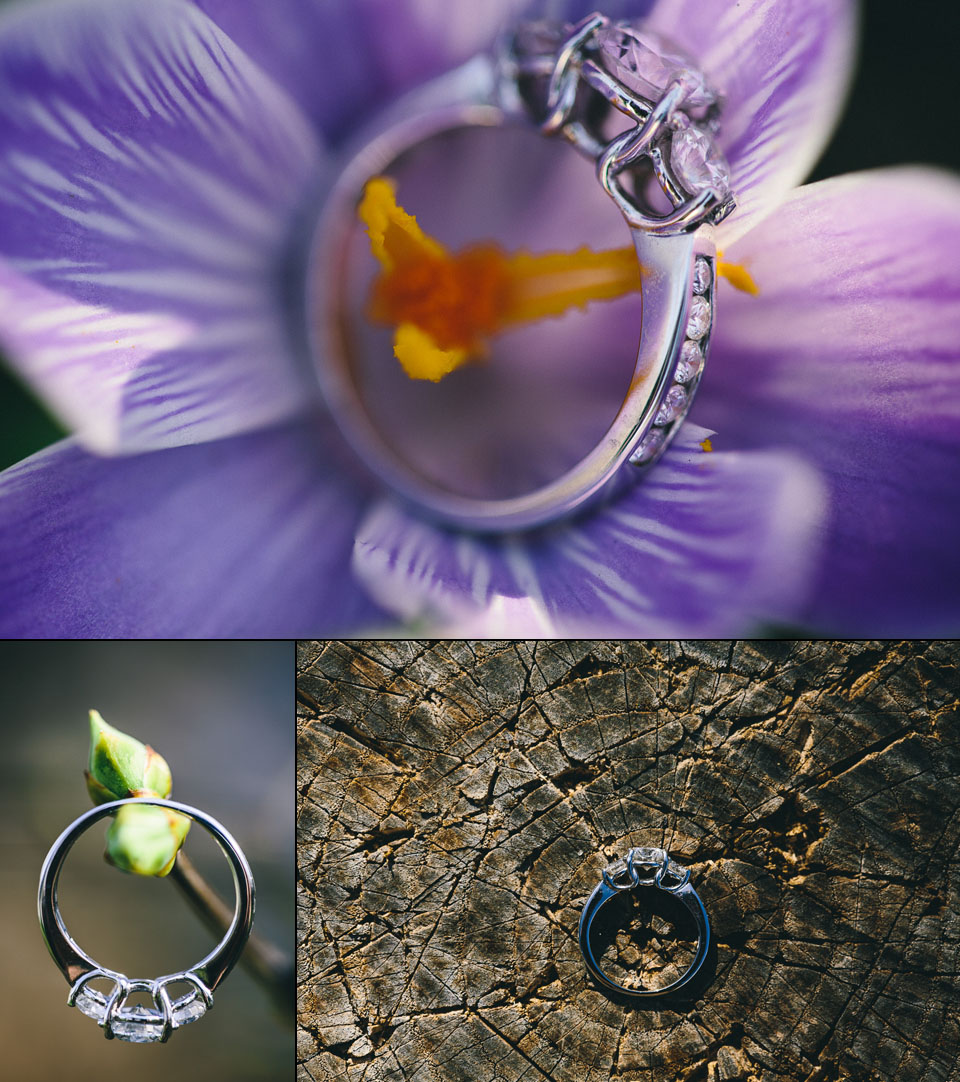 Not long after, we found ourselves at Au Sabo preserve. The backlight that the sun provided was exactly what we needed.

If you remember my last blog post, I had another failed panorama stitch that I ended up using anyway. Well it happened again on me and I thought I’d share regardless (or “irregardles” as my coworker says SMH). 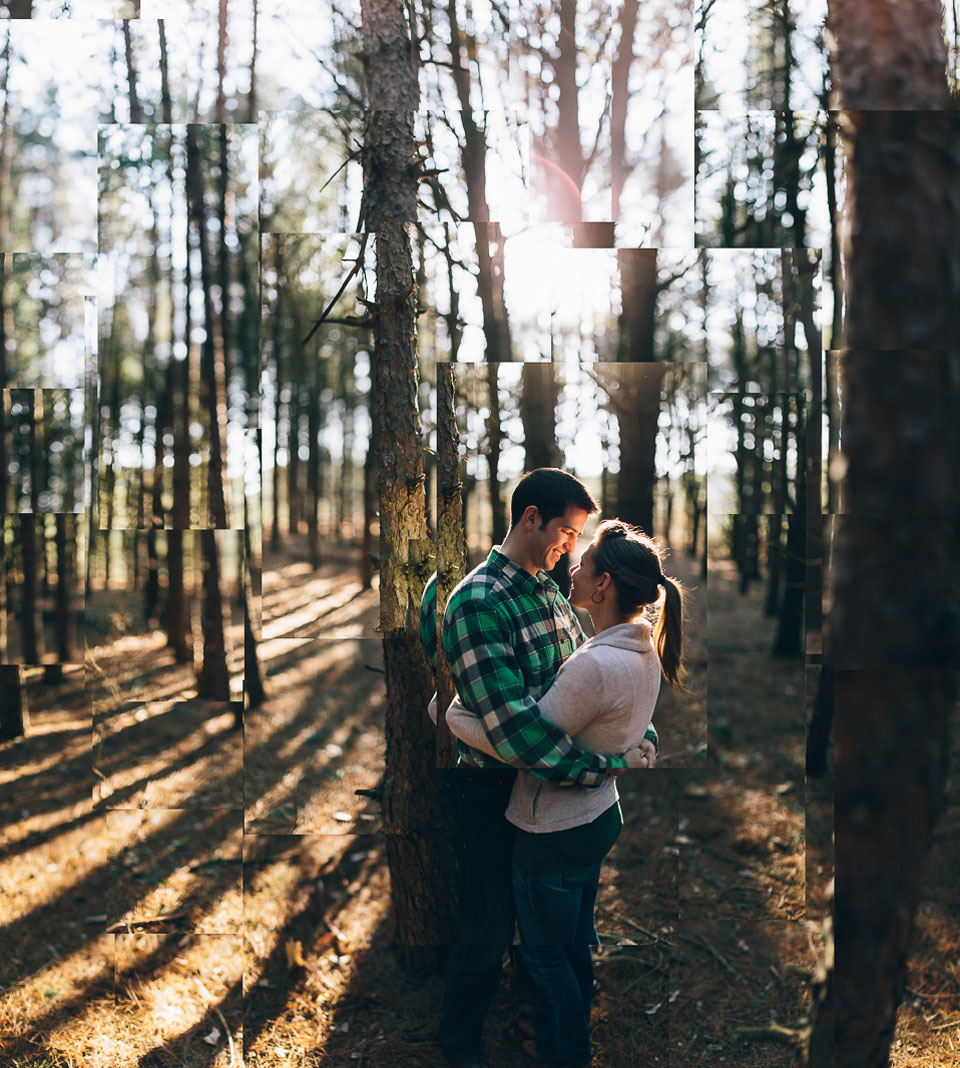 Out in a field, Jon keeps Lacey laughing. 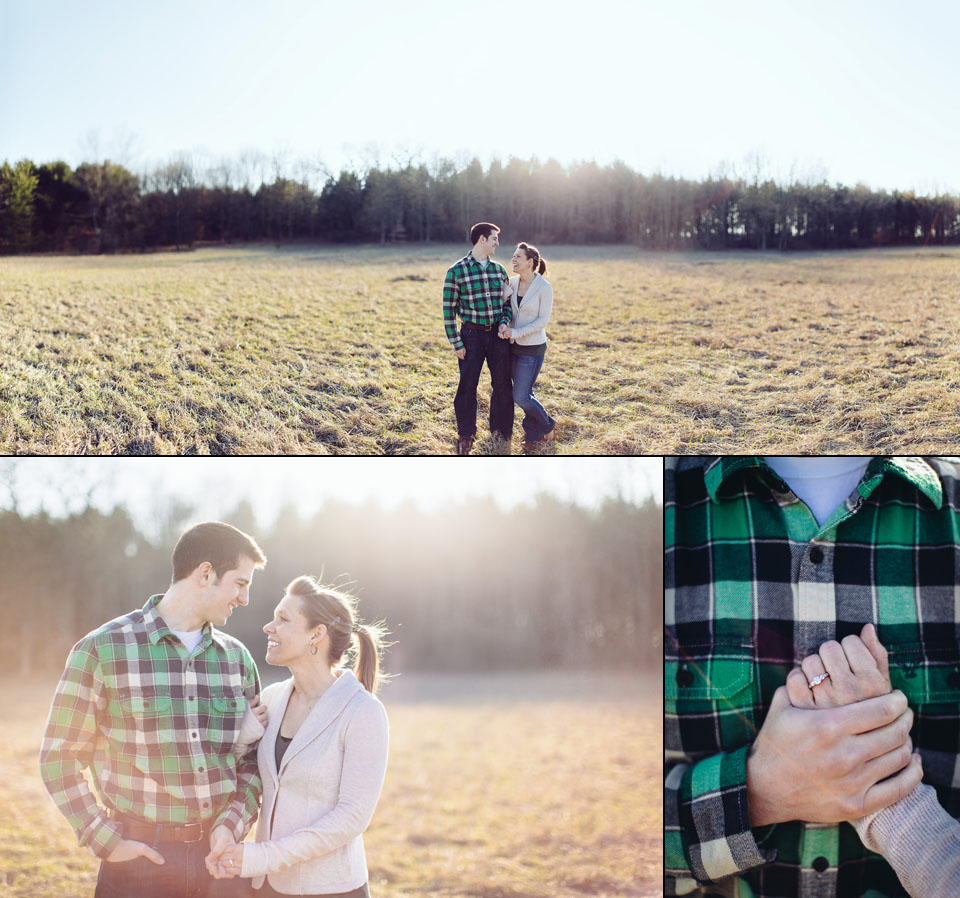 I get so smiley when couples get to nuzzlin’. 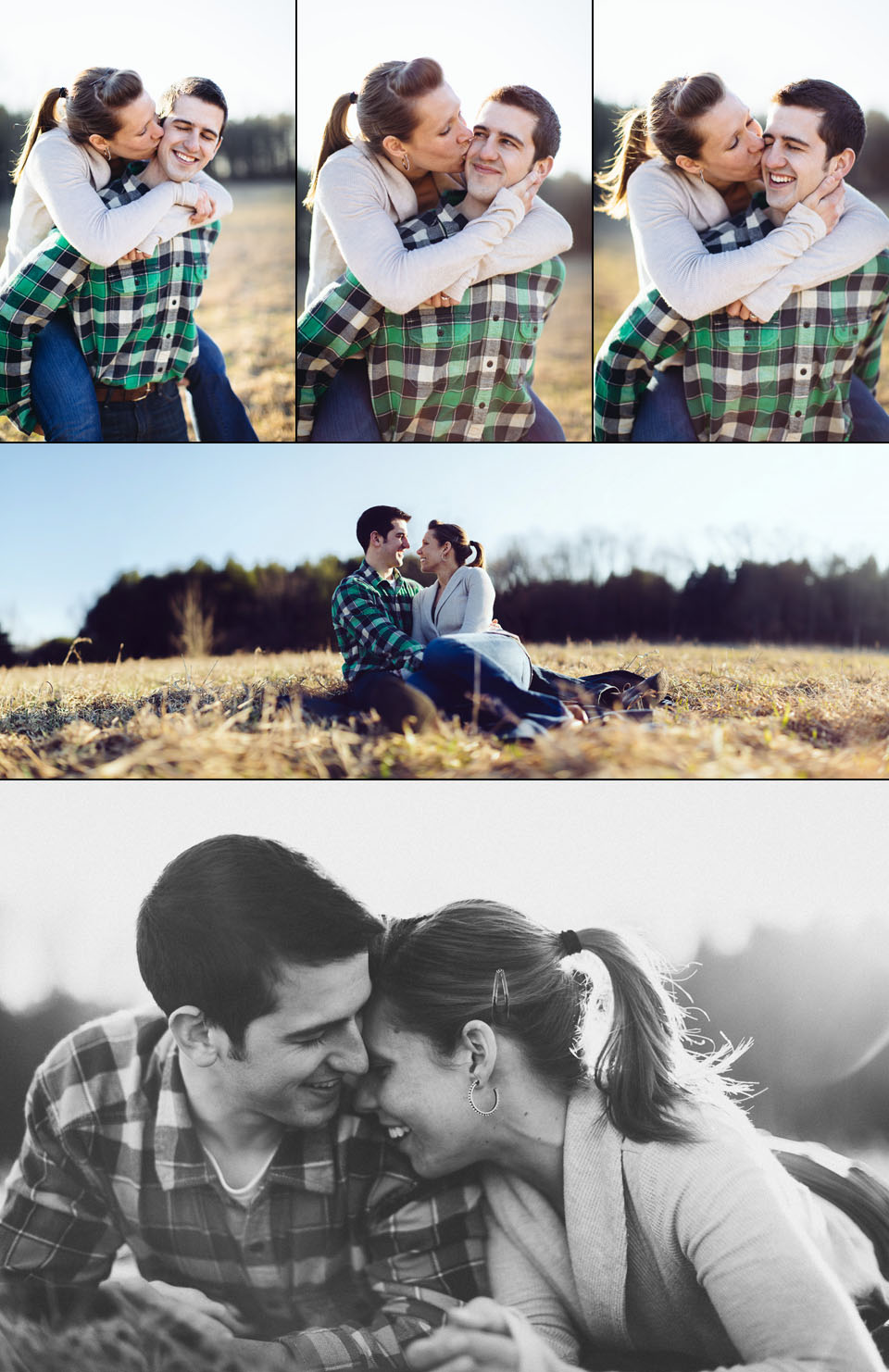 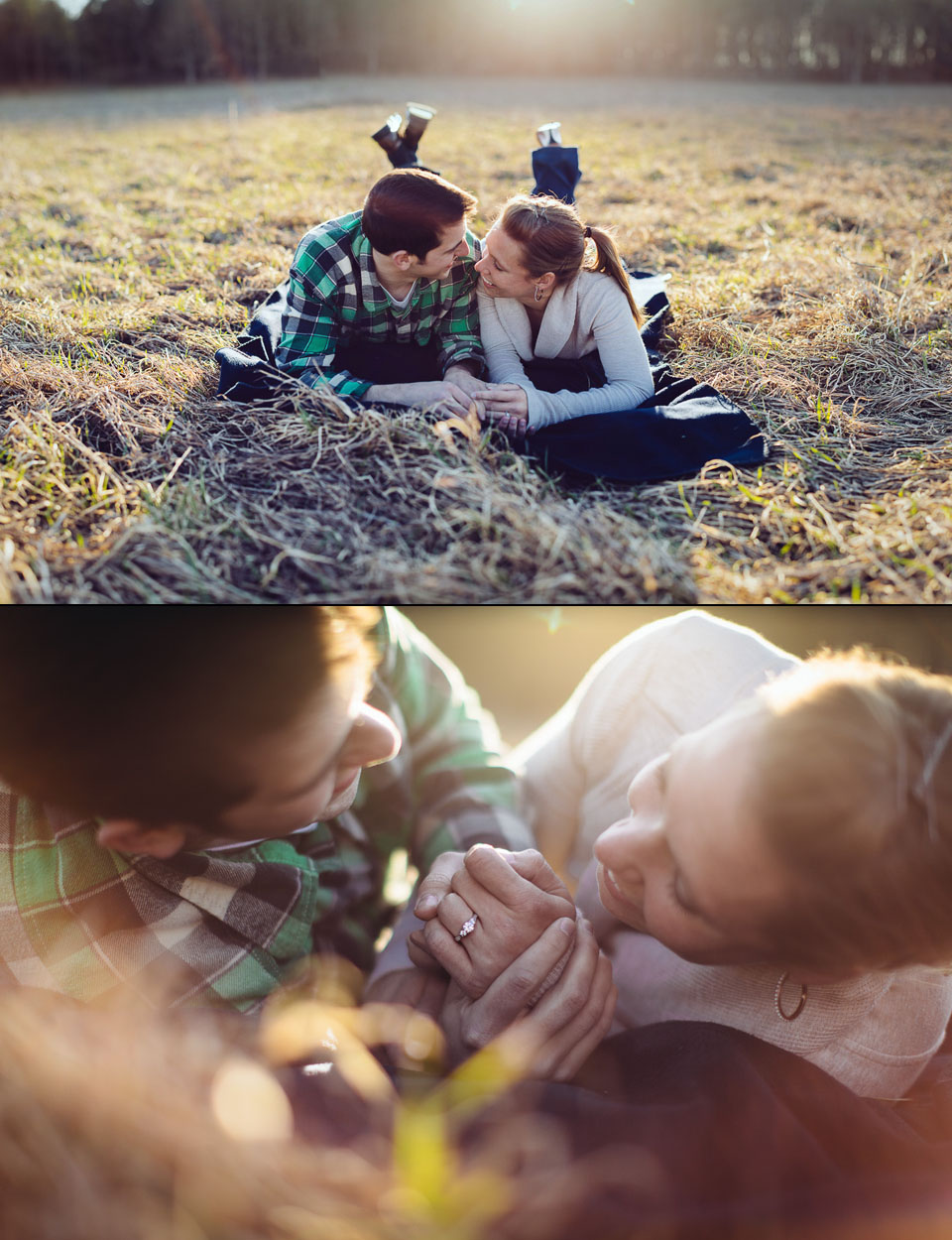 Lacey and Jon will be moving to Grand Rapids where Lacey has her residency. You can tell she has proper technique. Jon, on the other hand… I worry about his ability to practice even the most basic medicine. 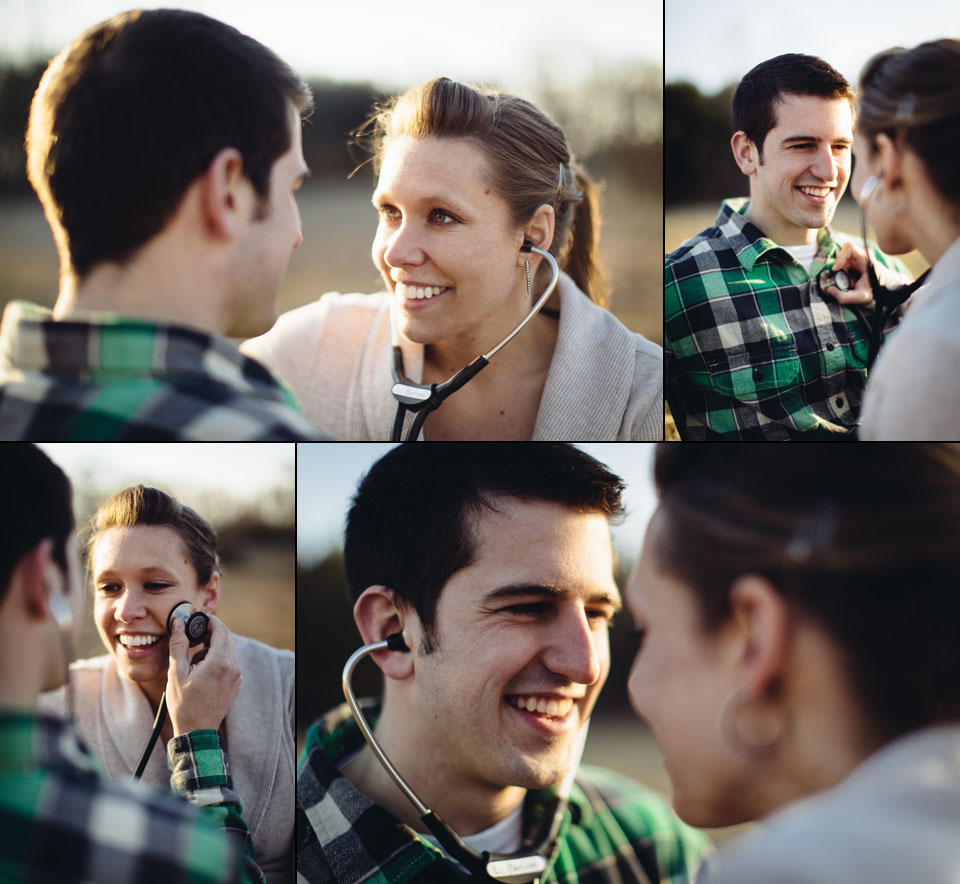 Al Sabo’s great because of the many trails and lean-able trees. 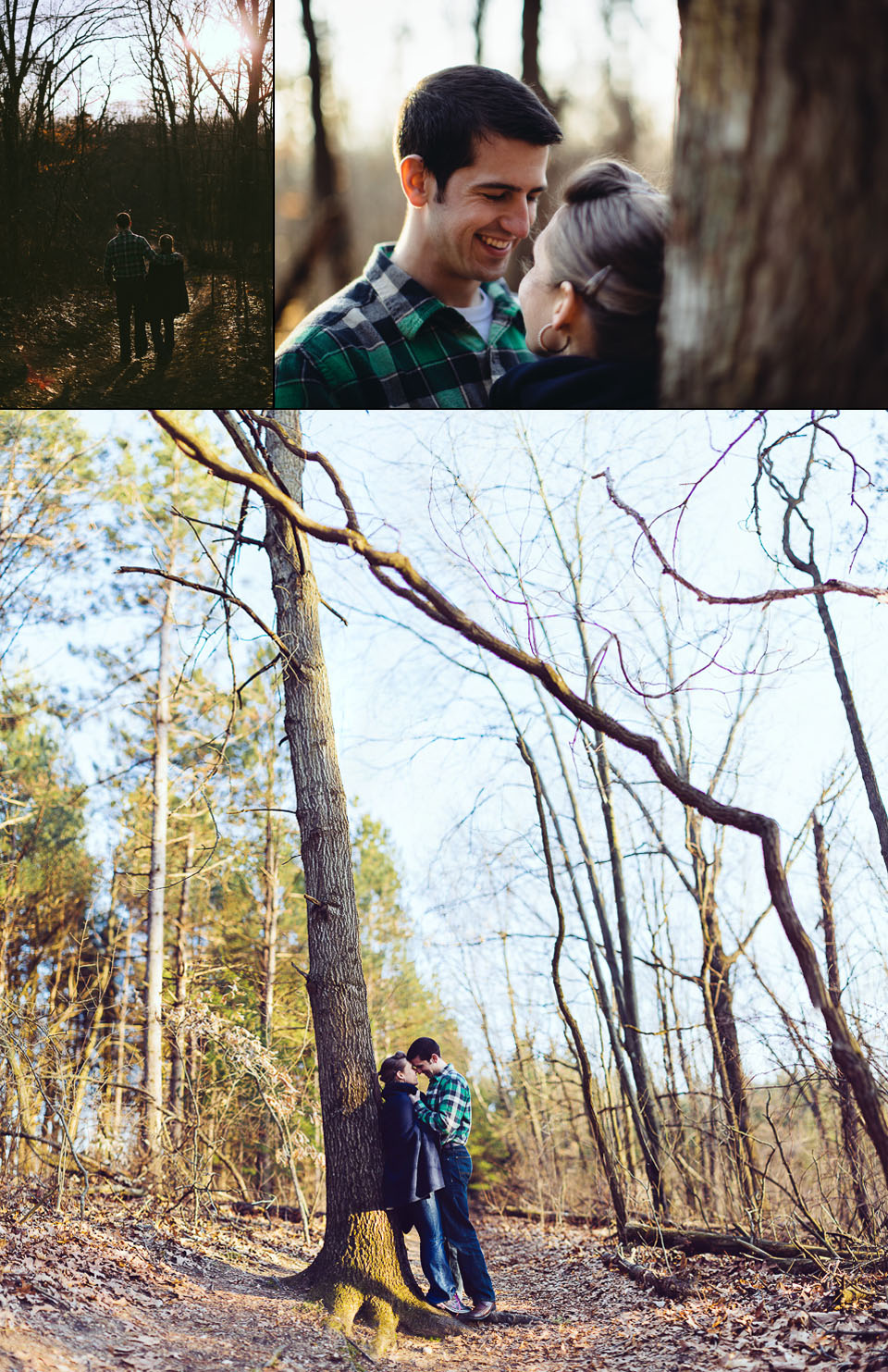 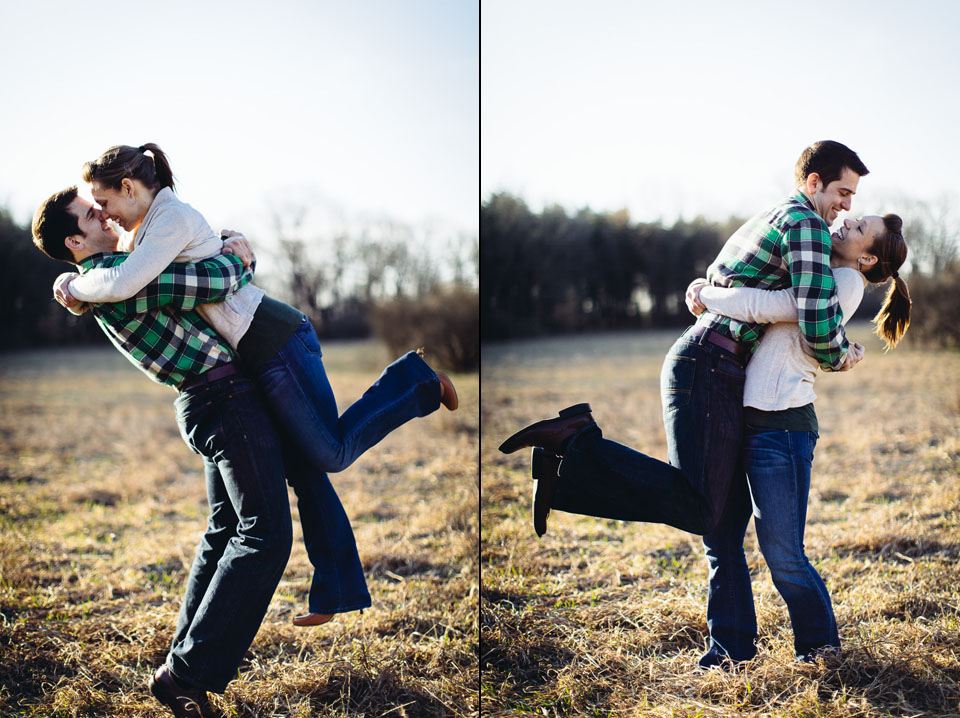 To end the post, I want to show you “the dip” shots that I couldn’t decide between. Here’s #1. 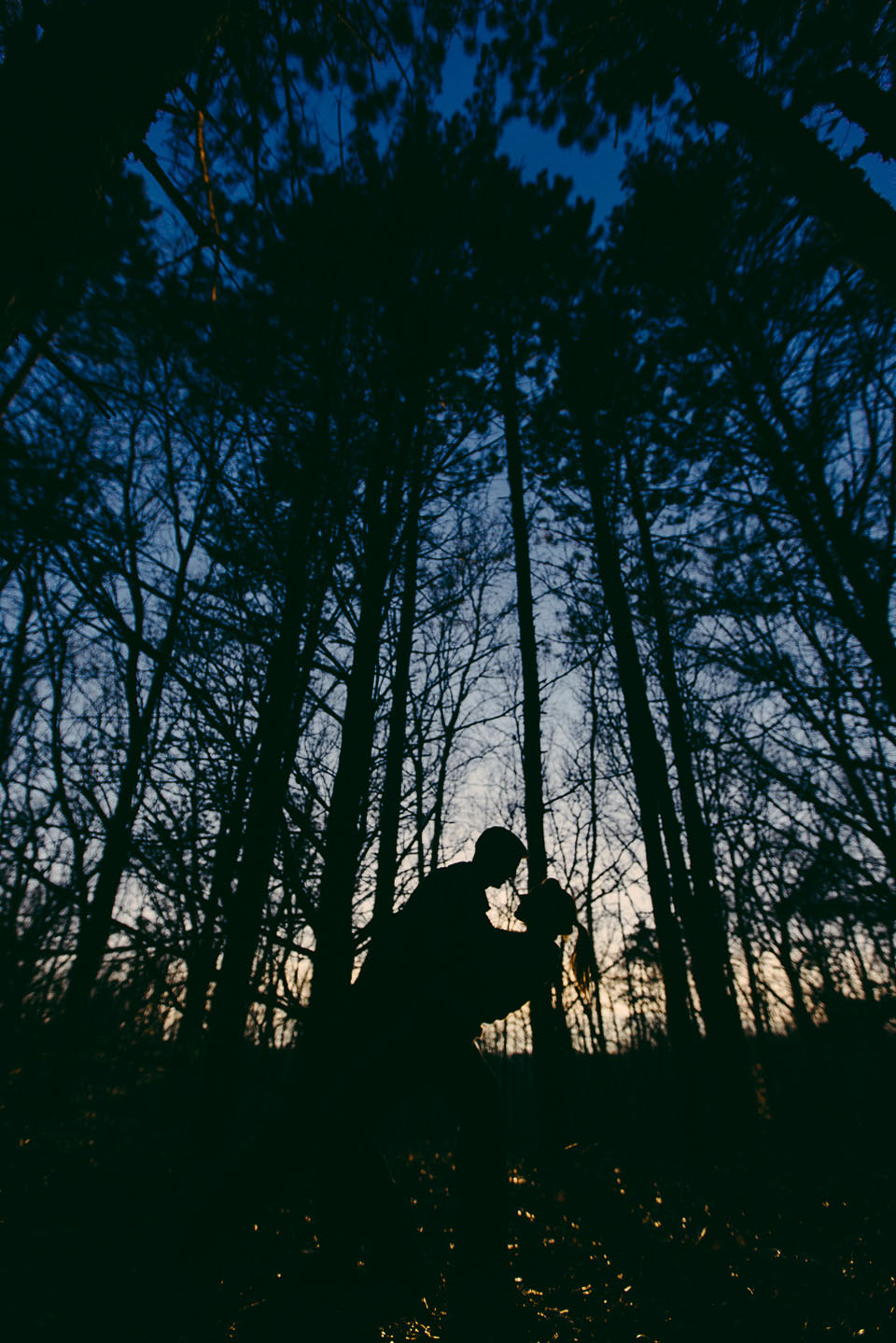 Here’s #2. Let me know which one you liked more in the comments! 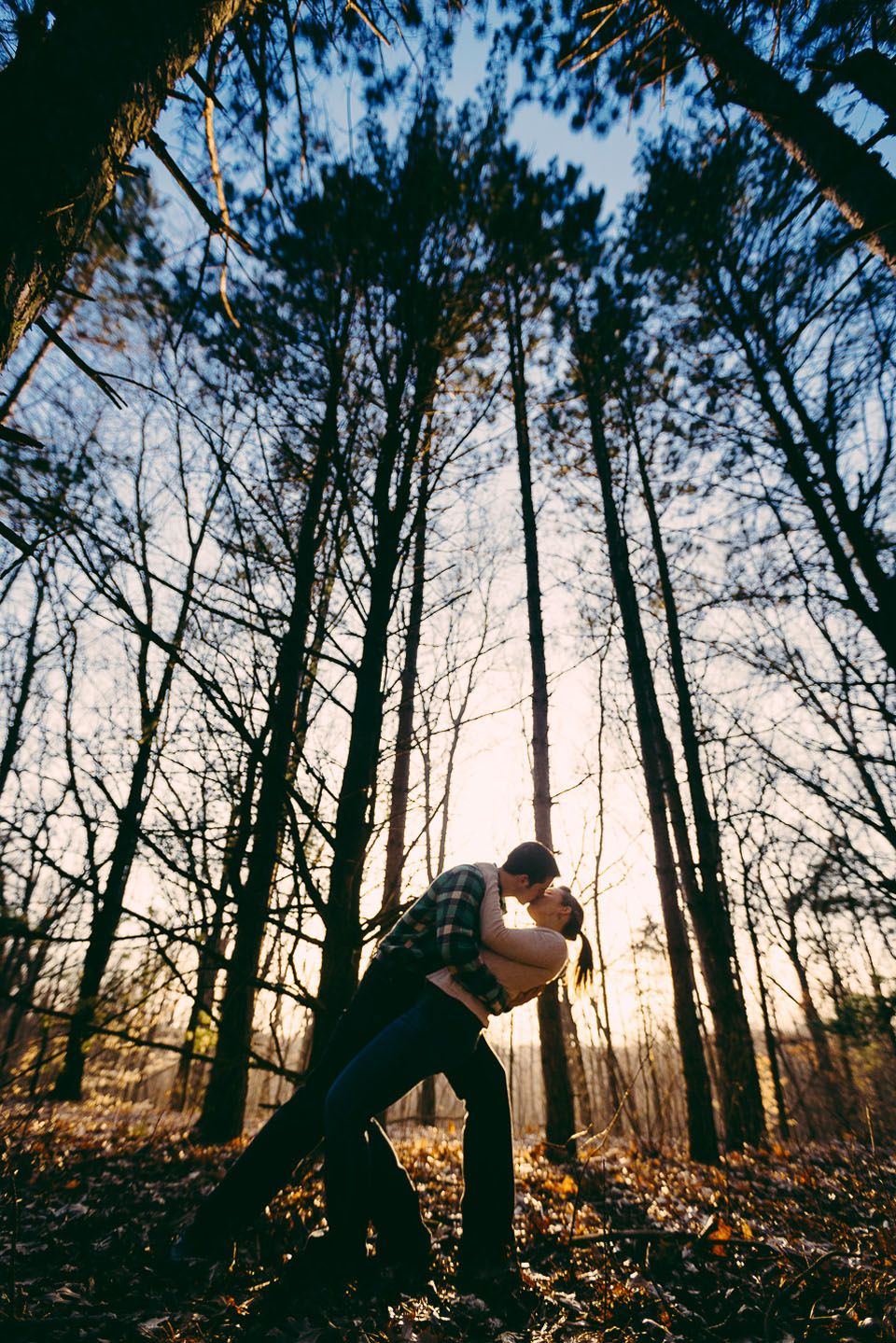 Brian, I really enjoy these photos! So much personality and it reflects the couple well. I like the second dip set better. 🙂