Iris and Jeff were married last year on the East side of Michigan. (If you want to check out their engagement shoot, click here.) Their wedding was full of thoughtful touches and very involved friends and family. The day started at a local salon where the ladies were fortunate enough to be placed right by the window (that’s “really optimum” in photographer speak). Lets dive in here and I’ll make a few more captions as the day progresses. 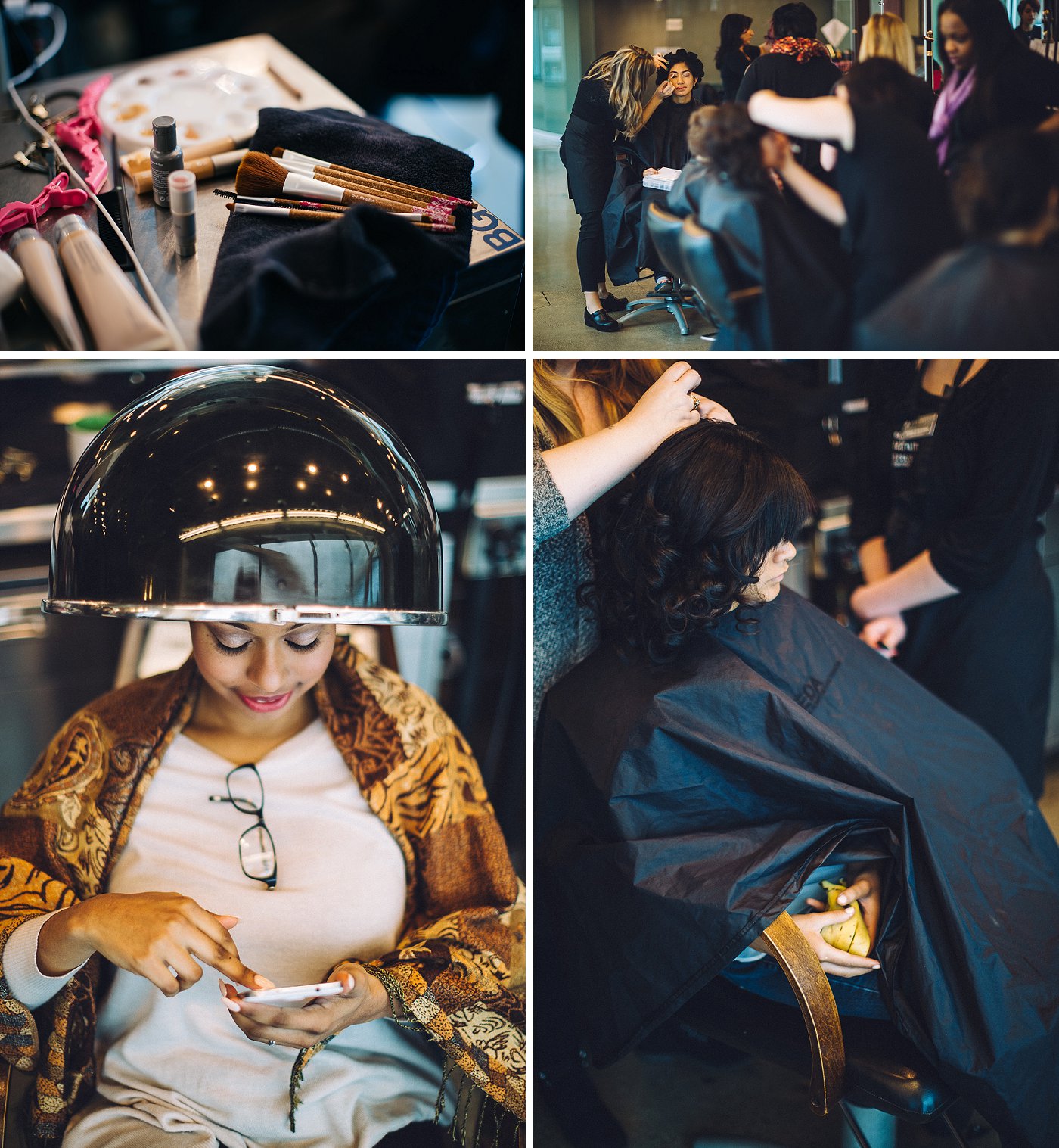 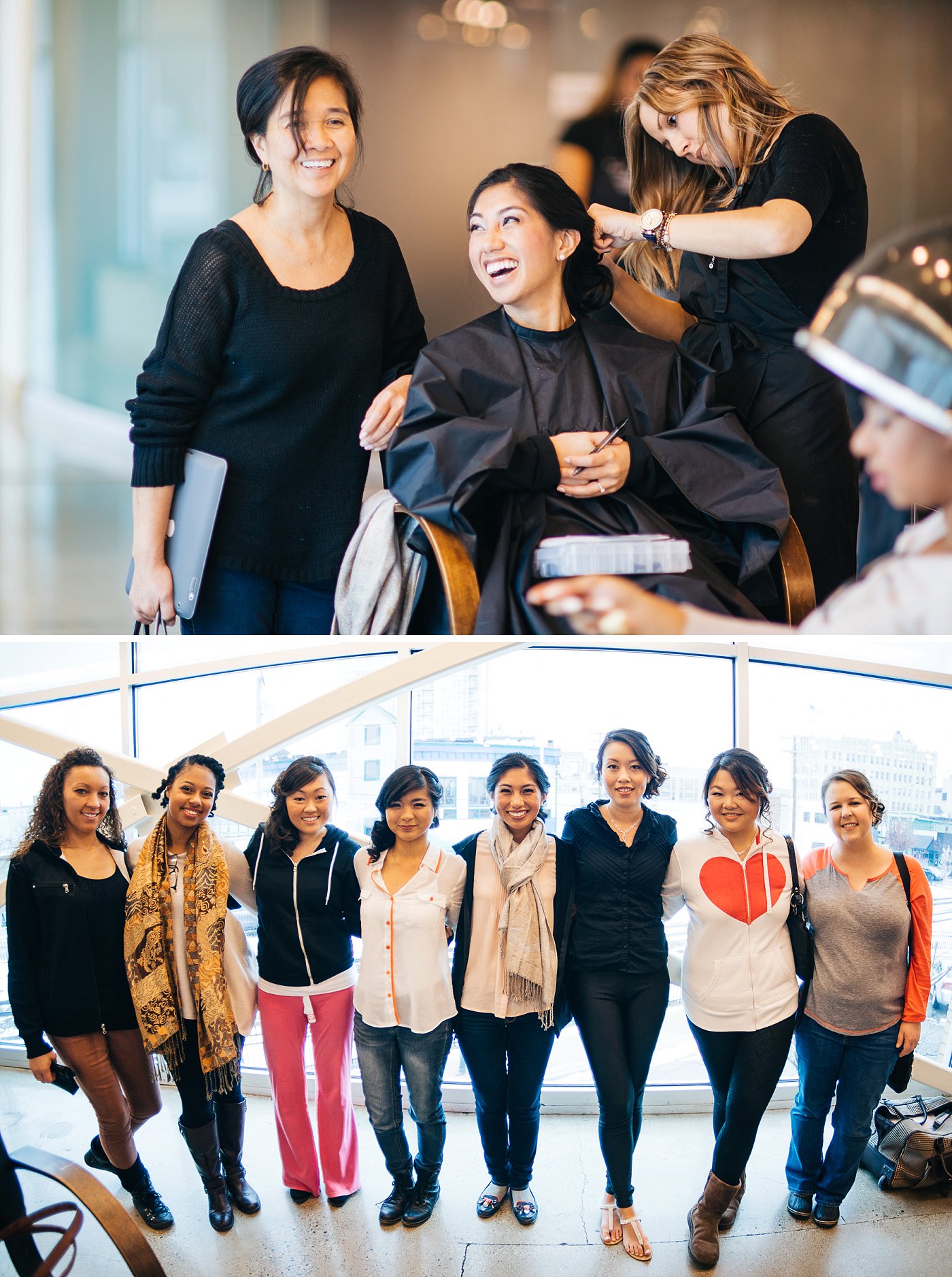 Jeff and the other guys got ready in a nearby hotel. Just imagine there being some sweet tunes wafting around the hotel room as the groomsmen were ON POINT. 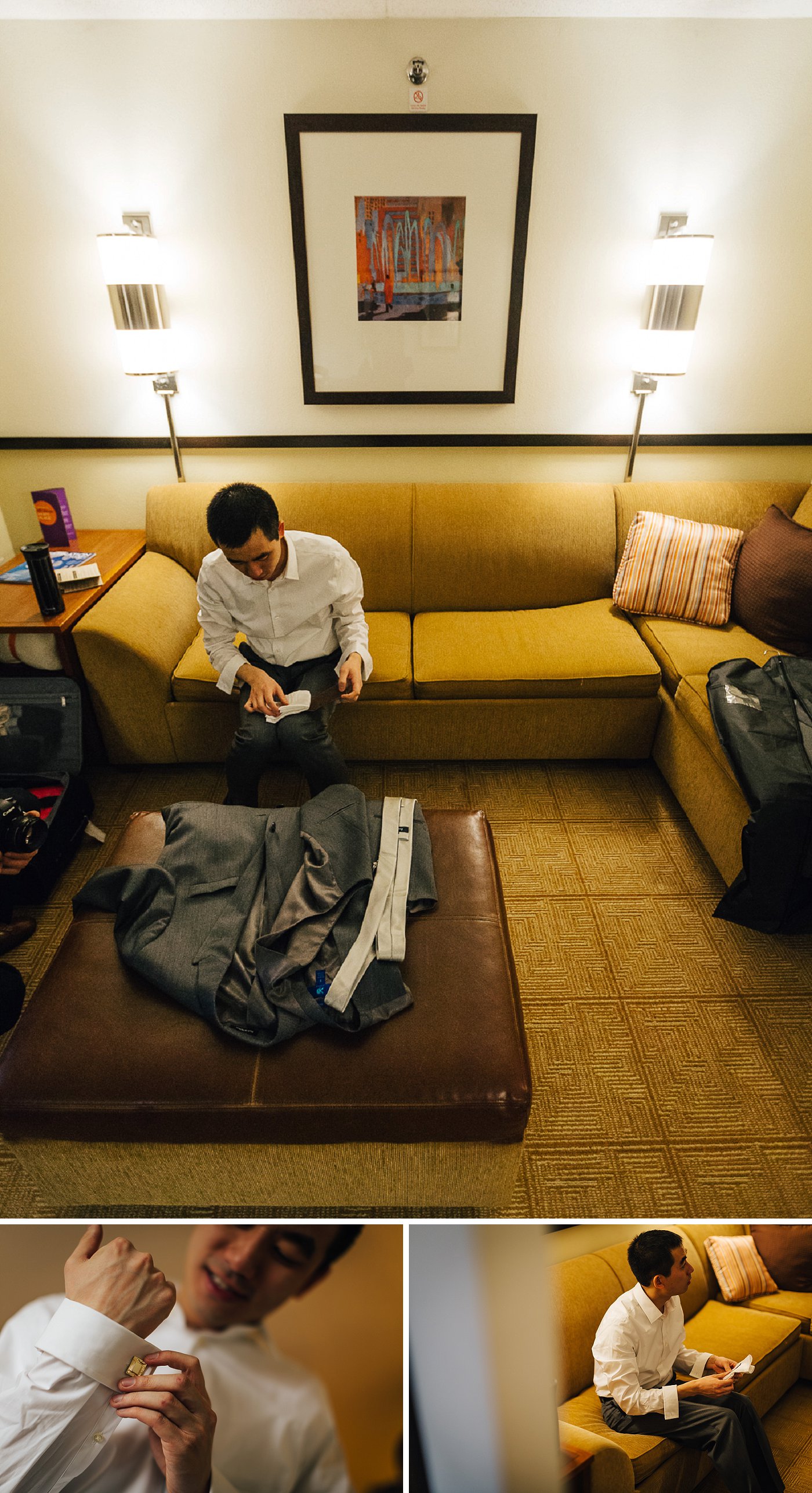 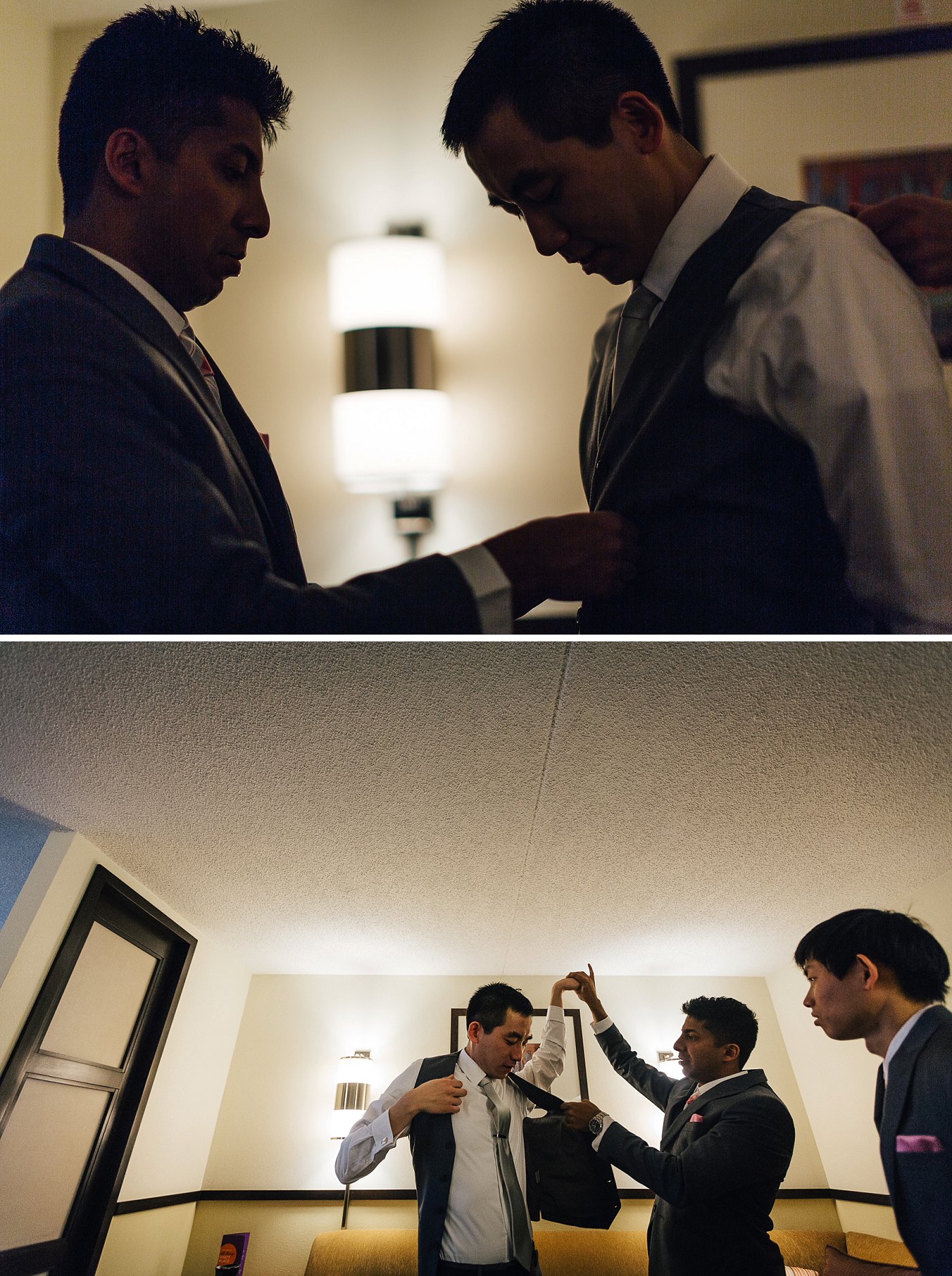 This is the exterior of the Lafayette Grande Banquet facility. The central staircase and old fashioned elevator provided a textbook challenge when keeping Jeff and Iris from seeing each other before the appointed time. That same staircase was a striking motif in all of the photos you’re about to see.

Iris’s wedding ceremony dress is on the left and her tea ceremony cheongsam is on the right. That same cheongsam was worn by Jeff’s mother for her wedding. 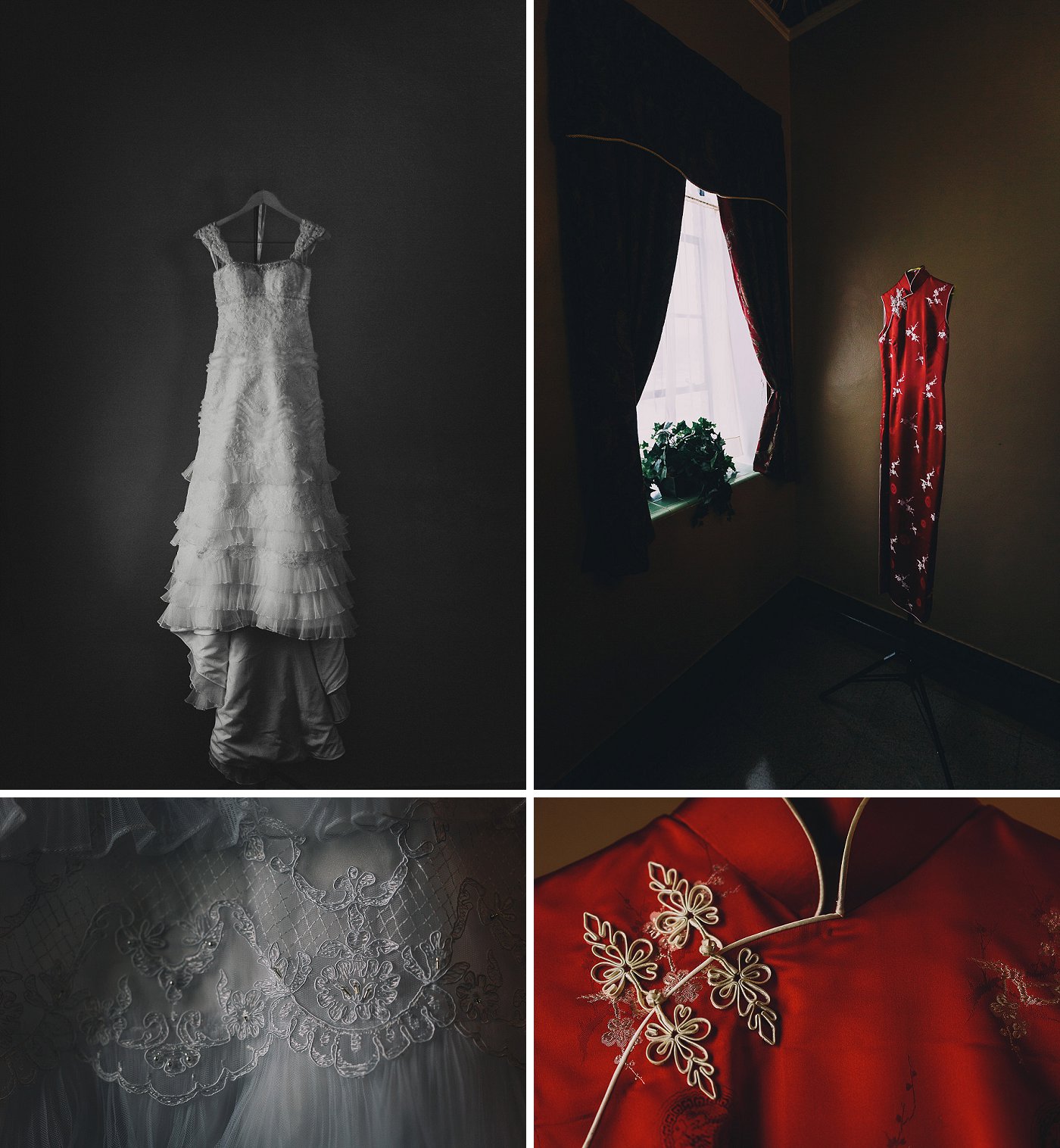 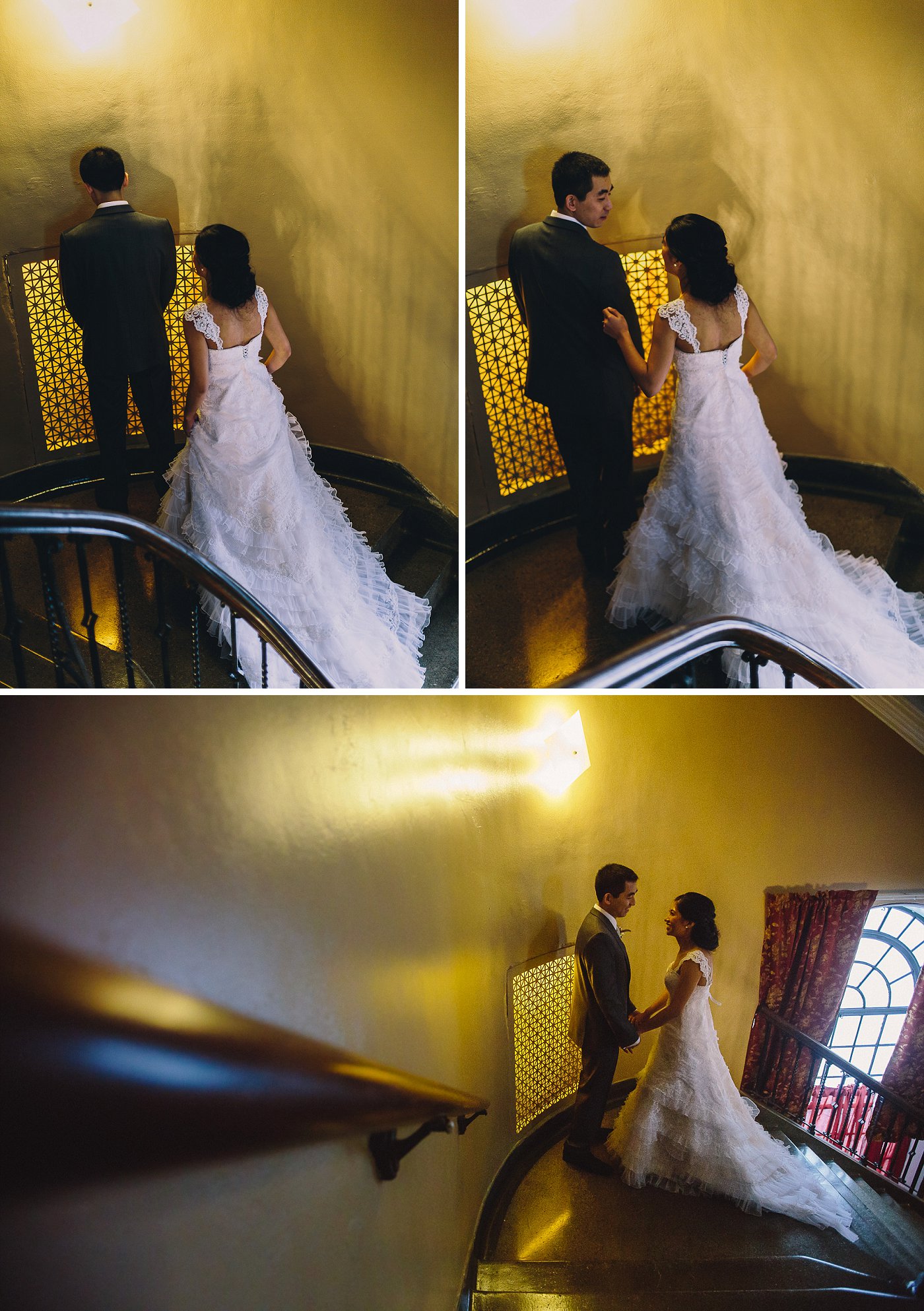 The last moments before the ceremony. 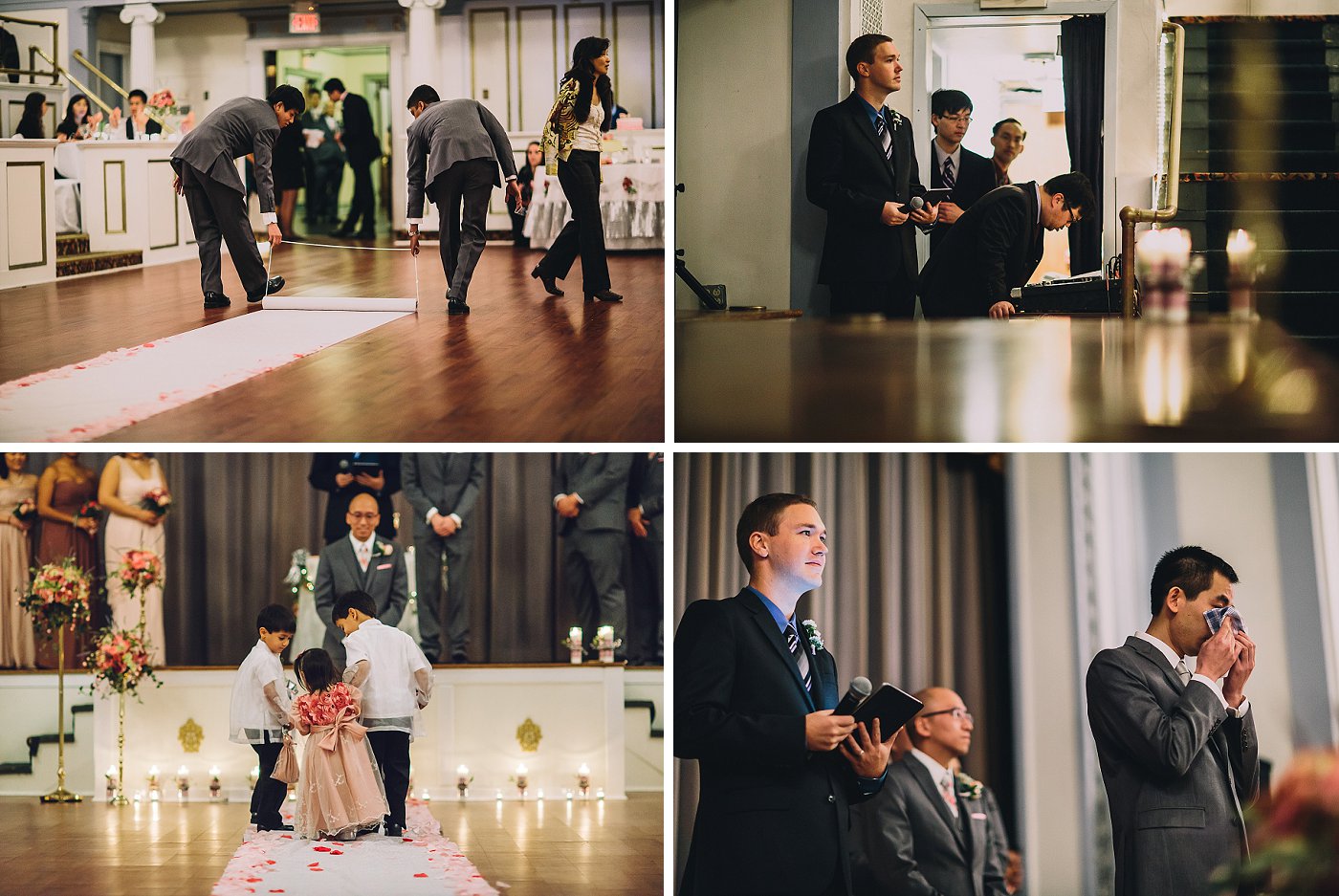 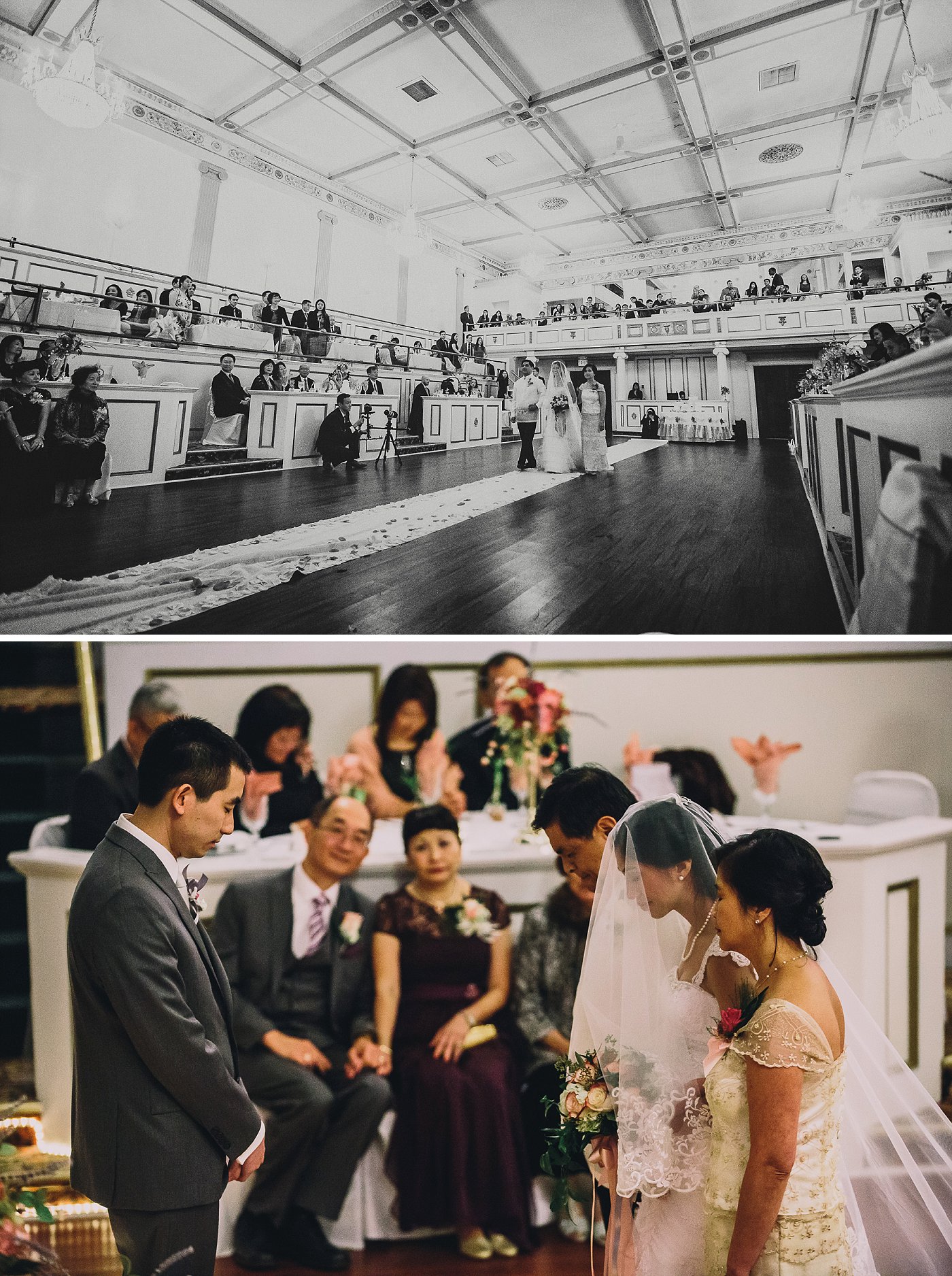 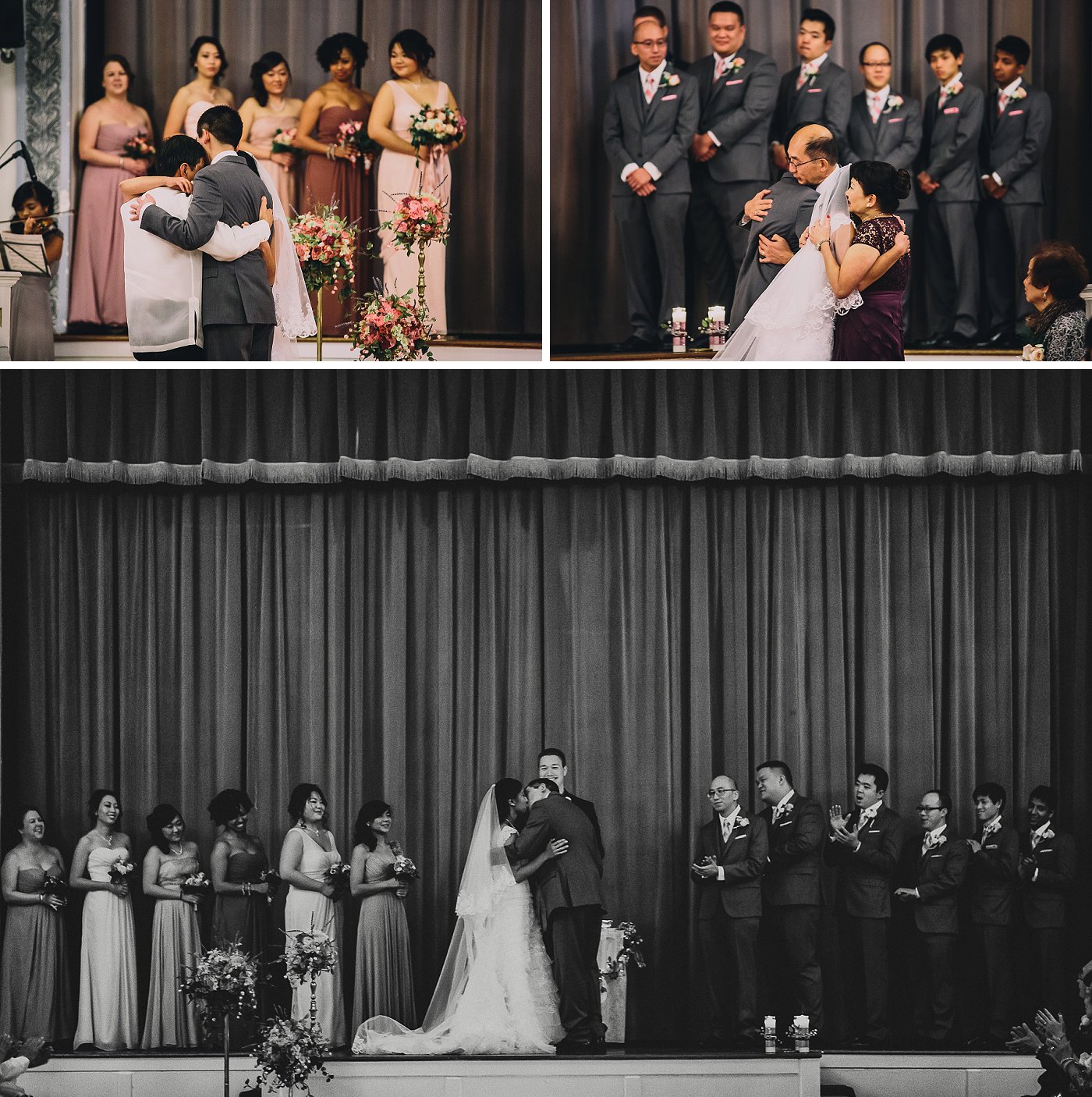 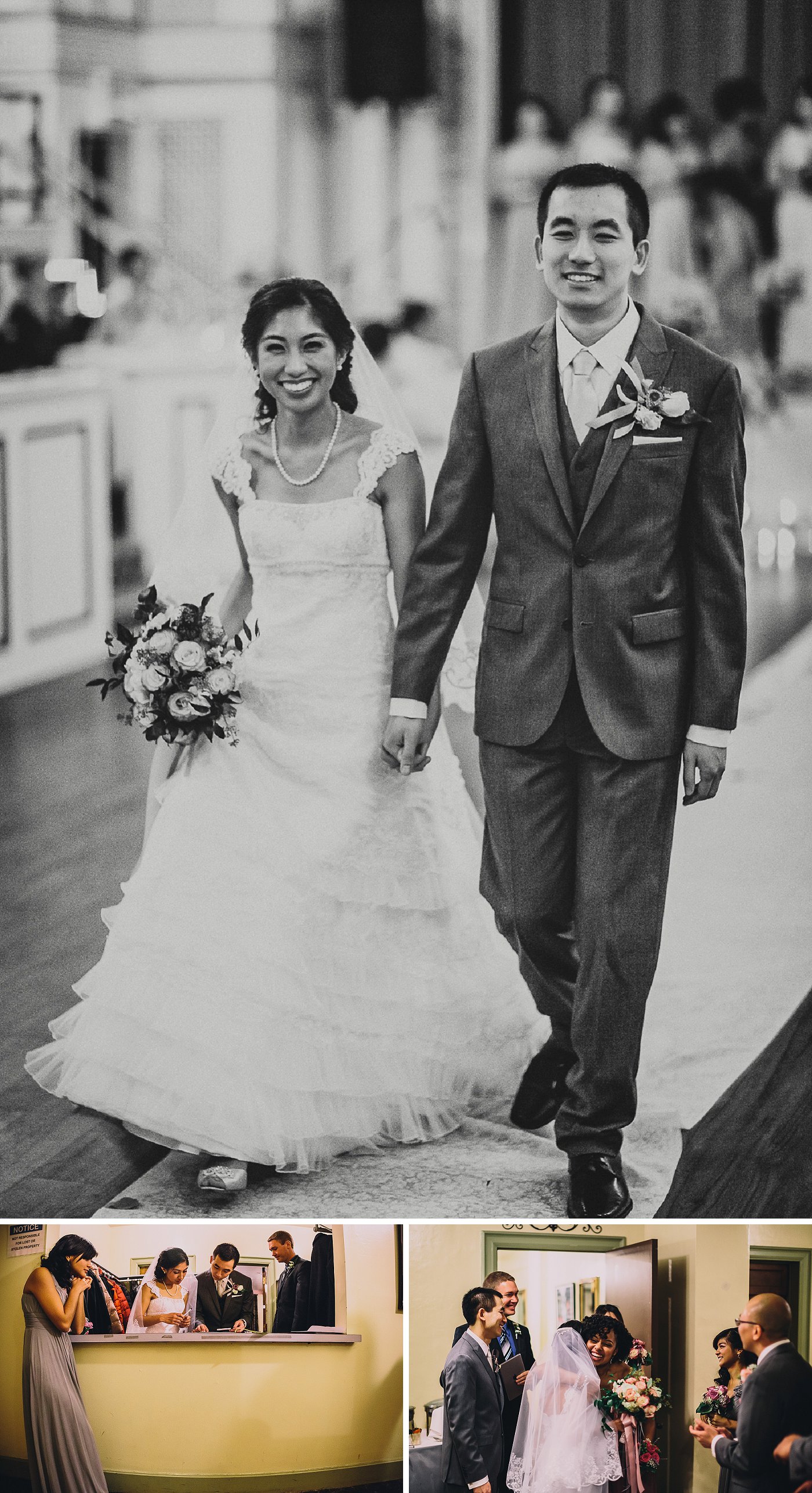 The tea ceremony was held upstairs shortly after the marriage license was signed.

The elders sit while the couple serves tea to each one, beginning with the head of the family. The elder in return will offer a small present… to the couple. This is repeated with the other elders in the order of descending generation rank. 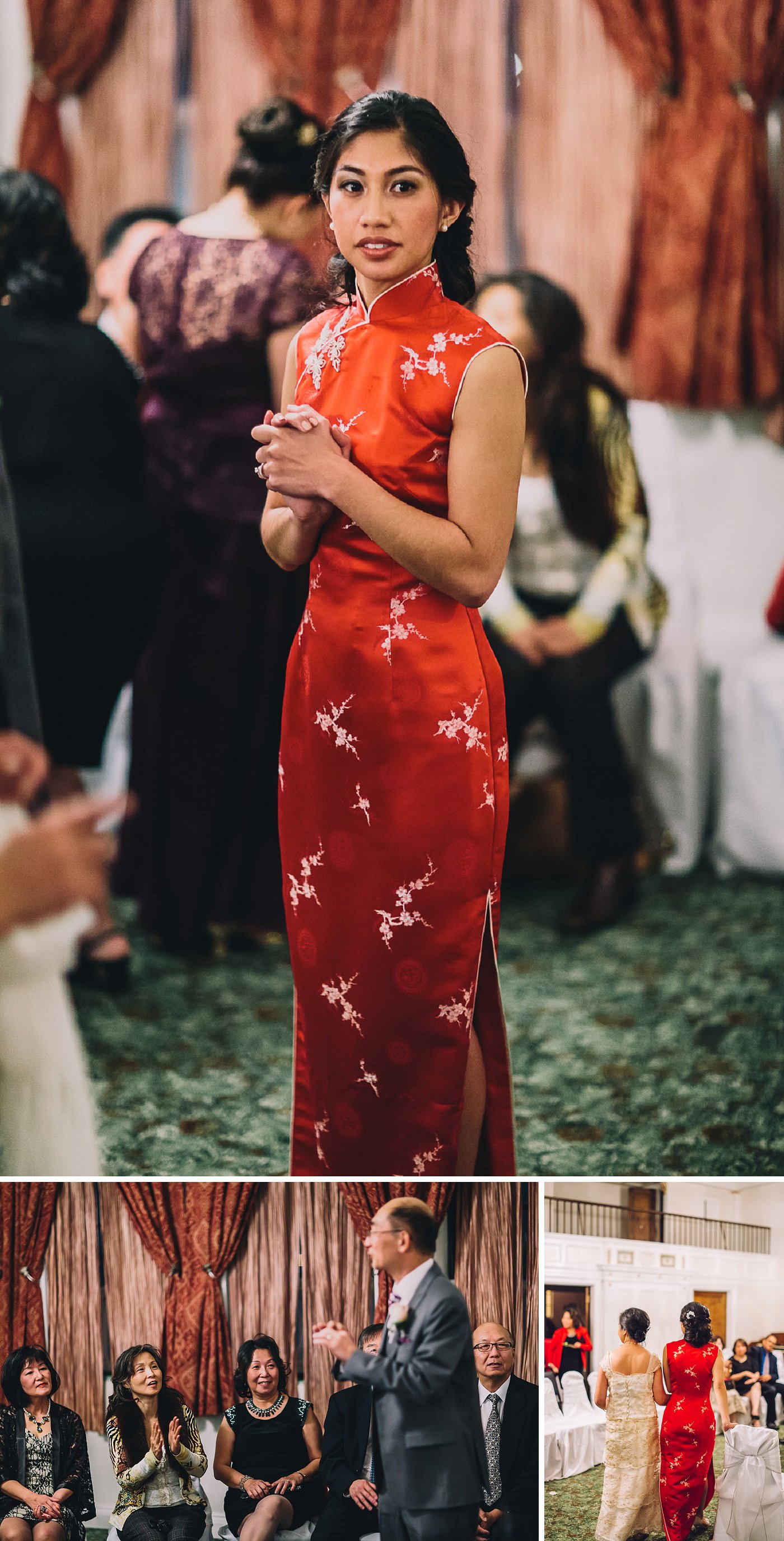 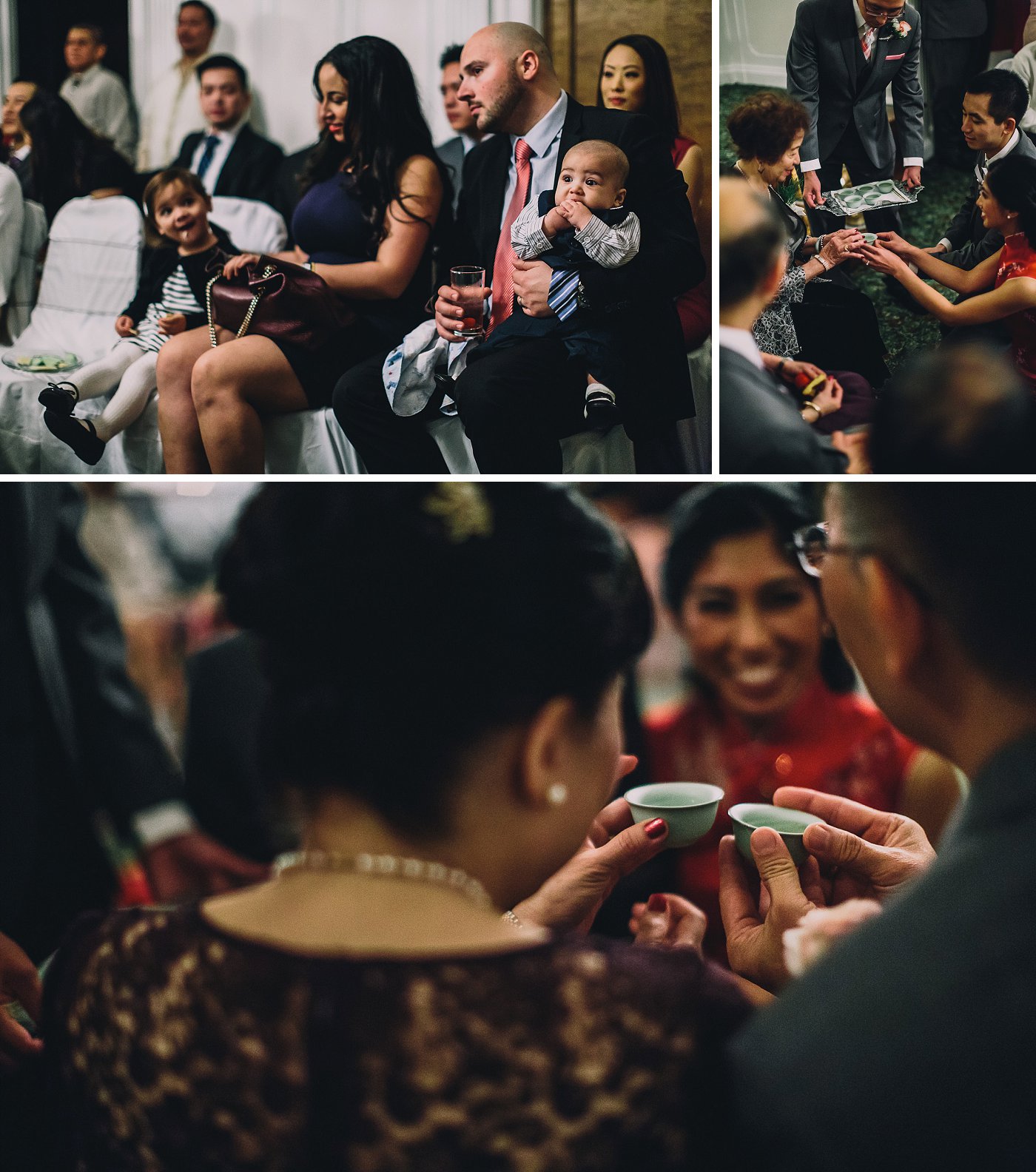 For those who missed it, Iris’s father had the best fist-pump entrance of 2014. 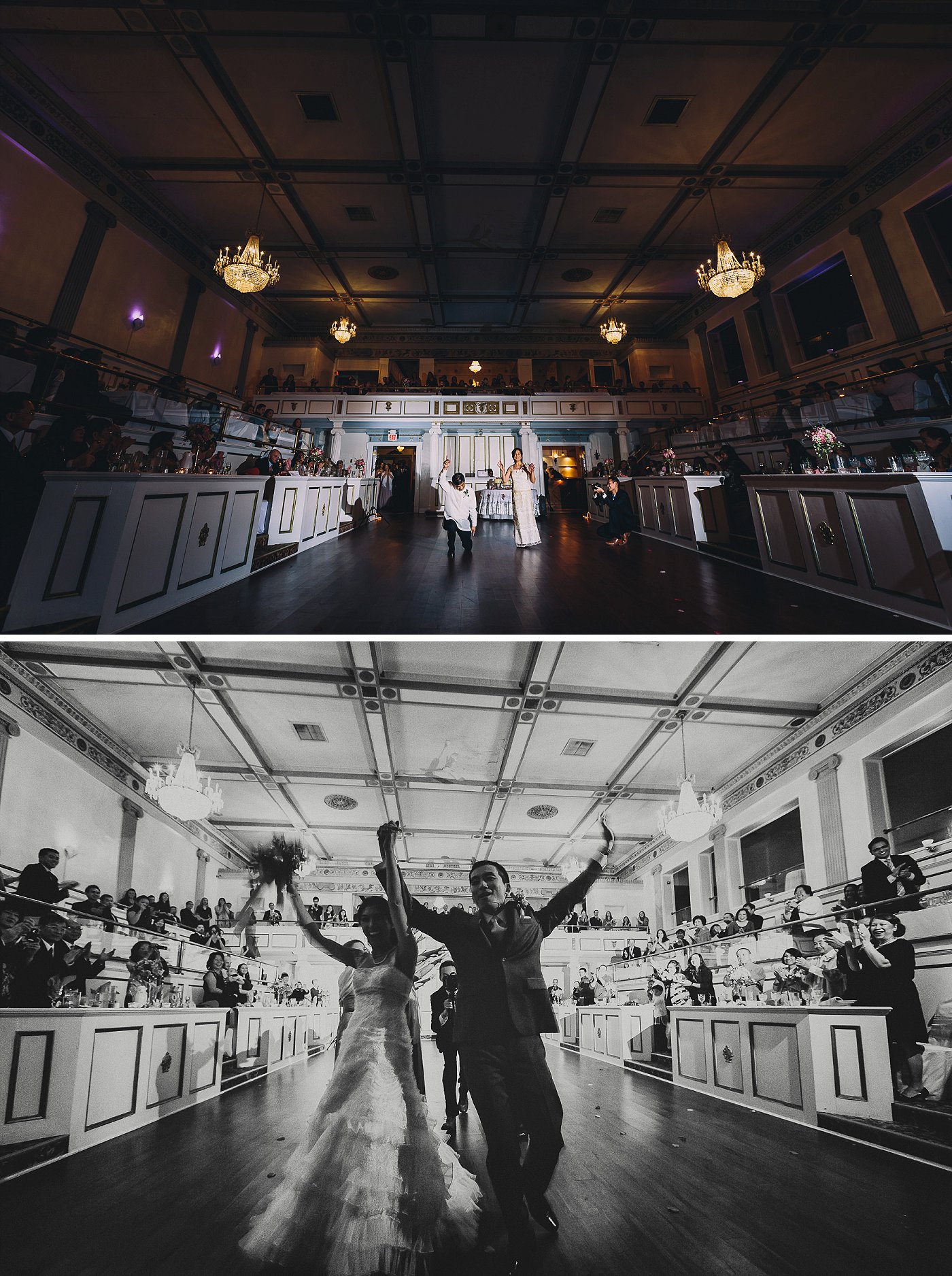 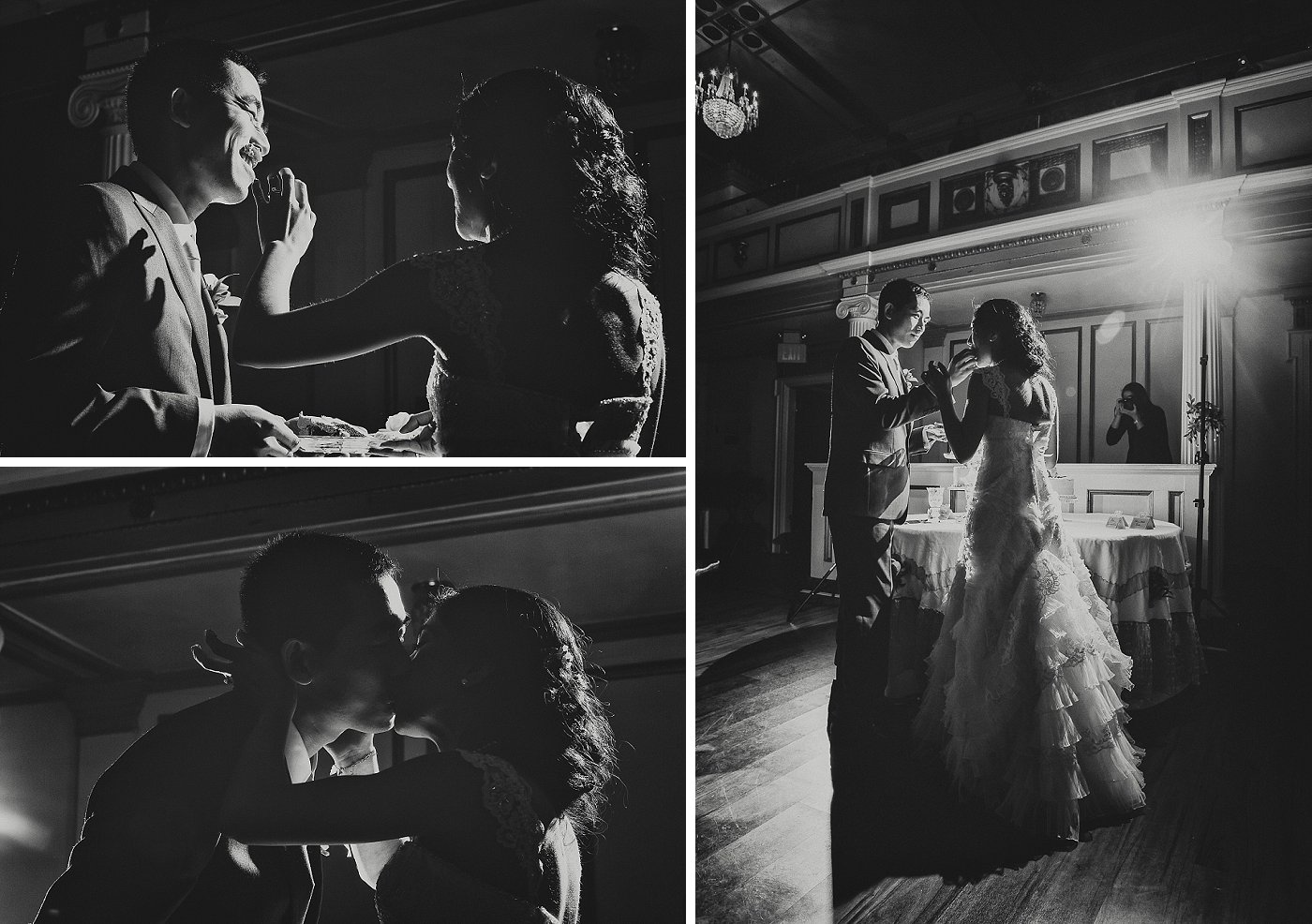 Rather than a typical bouquet toss, Iris and Jeff gave their bouquet to Jeff’s grandmother as a sign of love and respect.
Great speeches by both firsts. 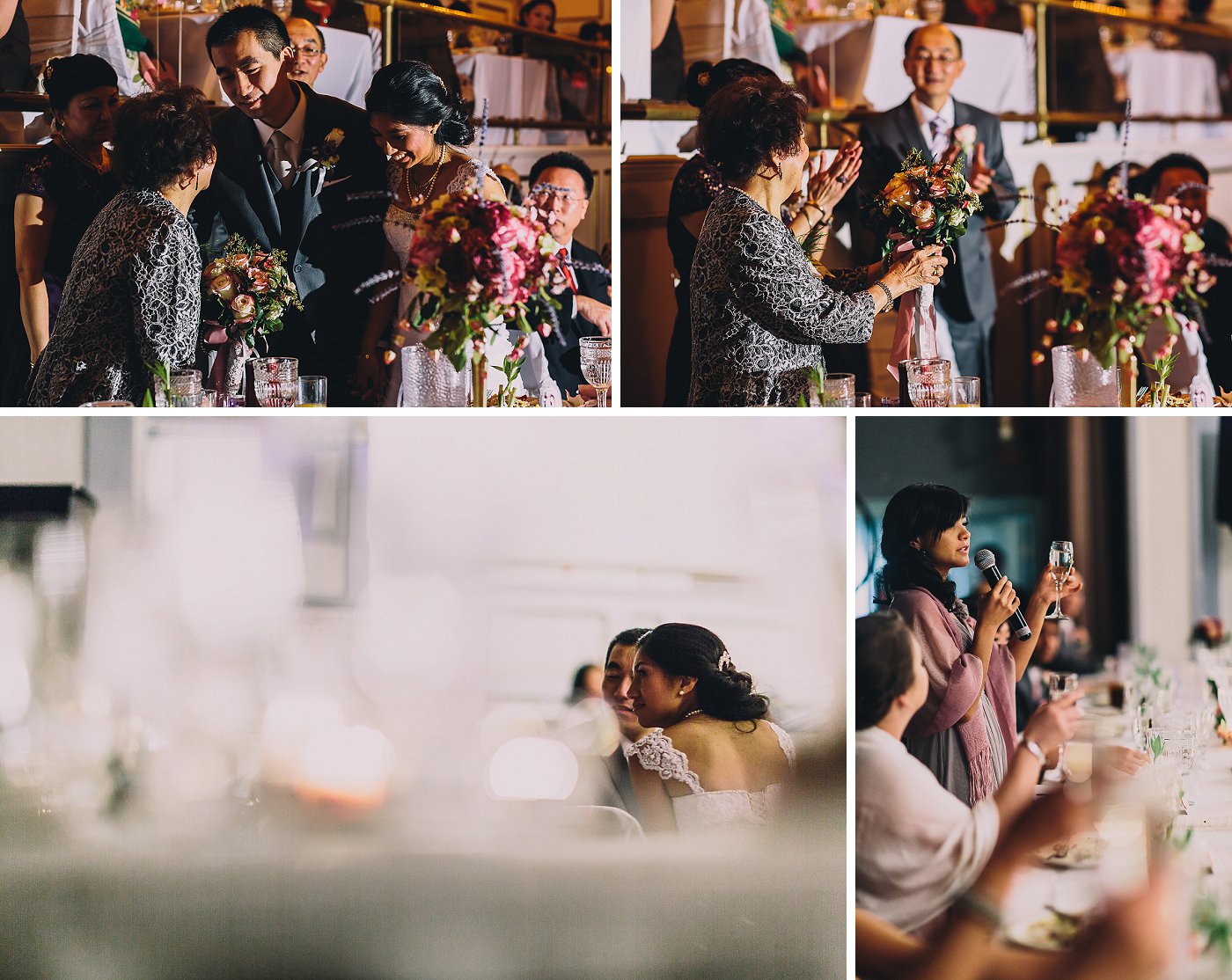 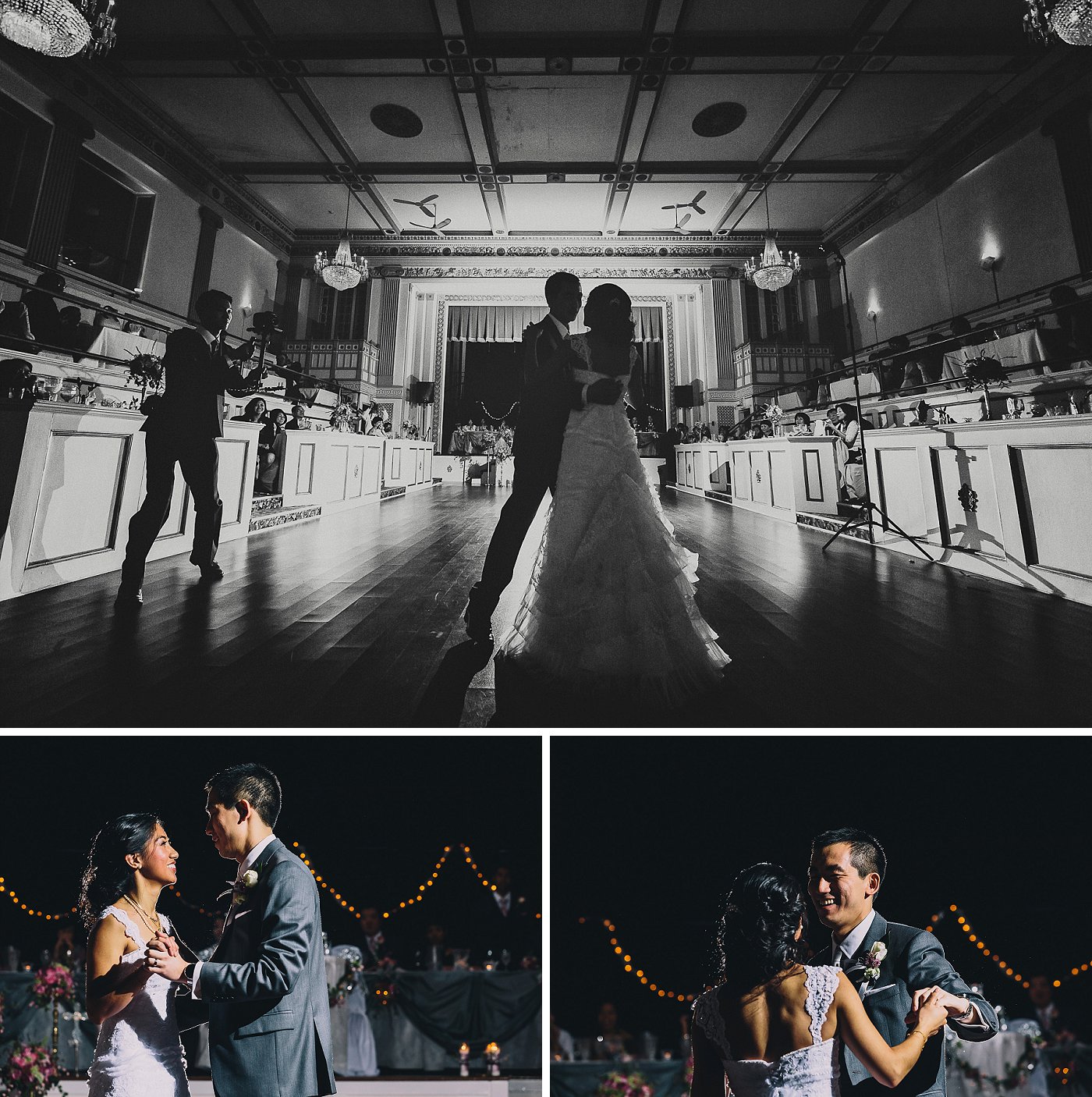 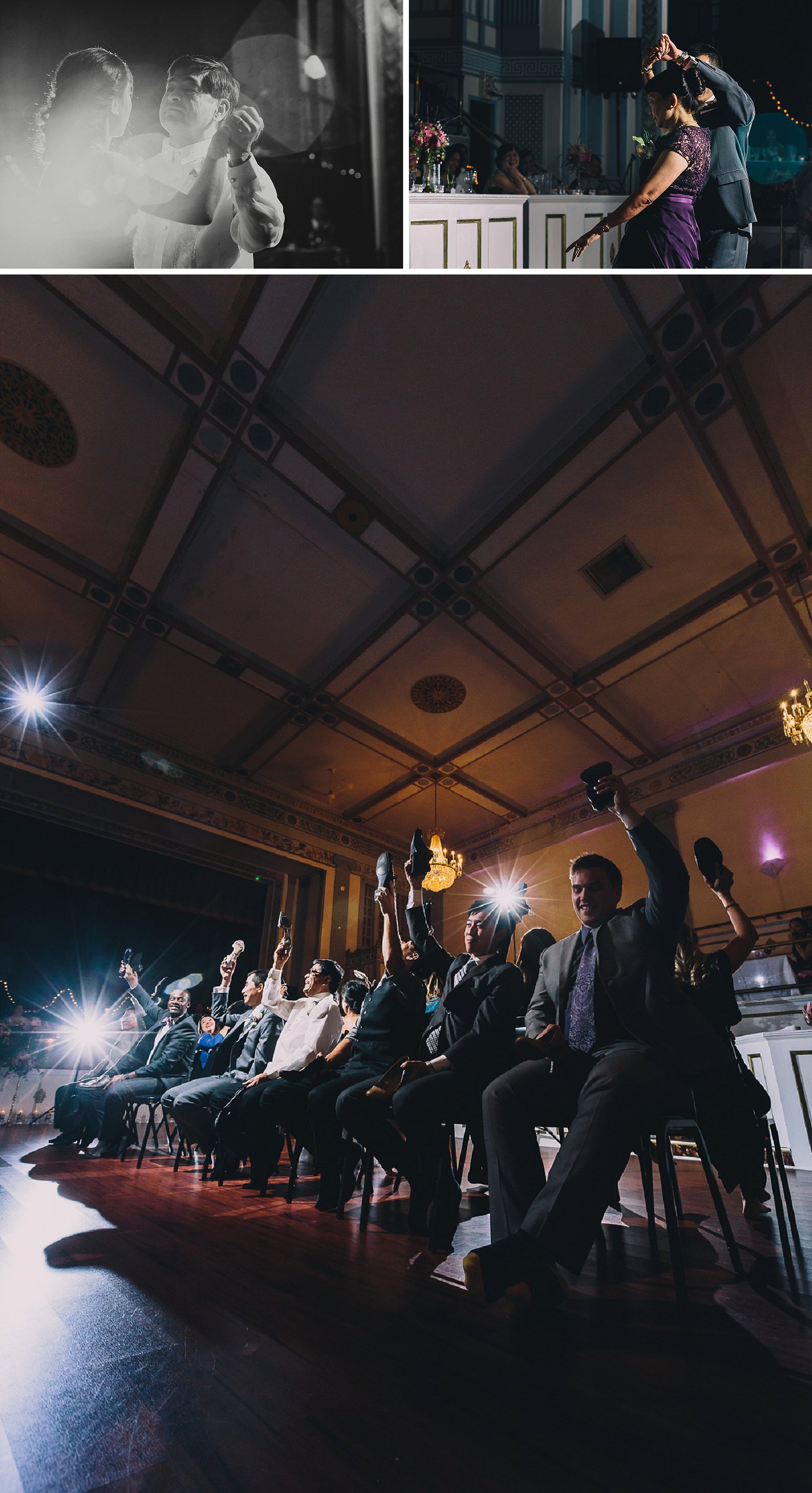 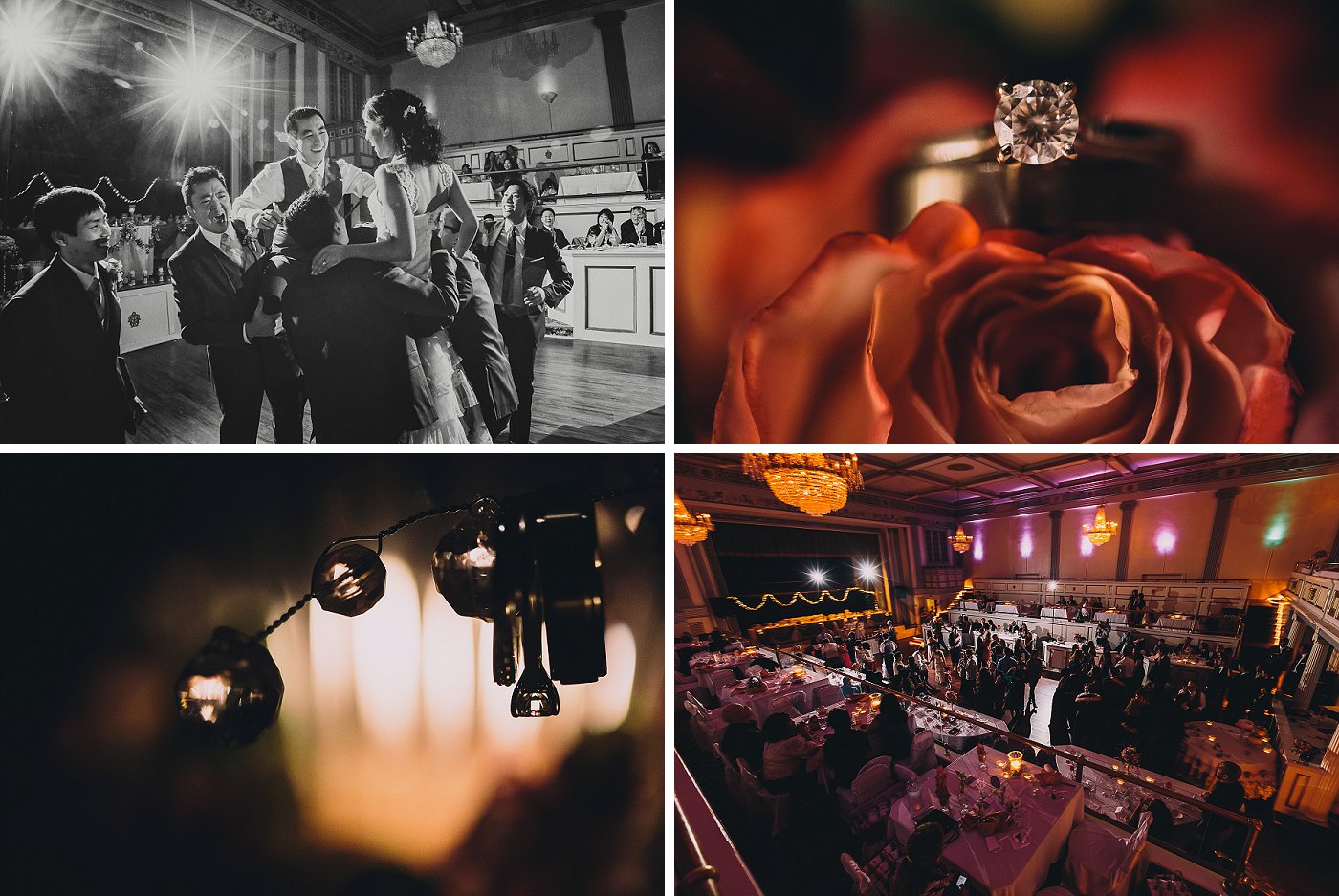 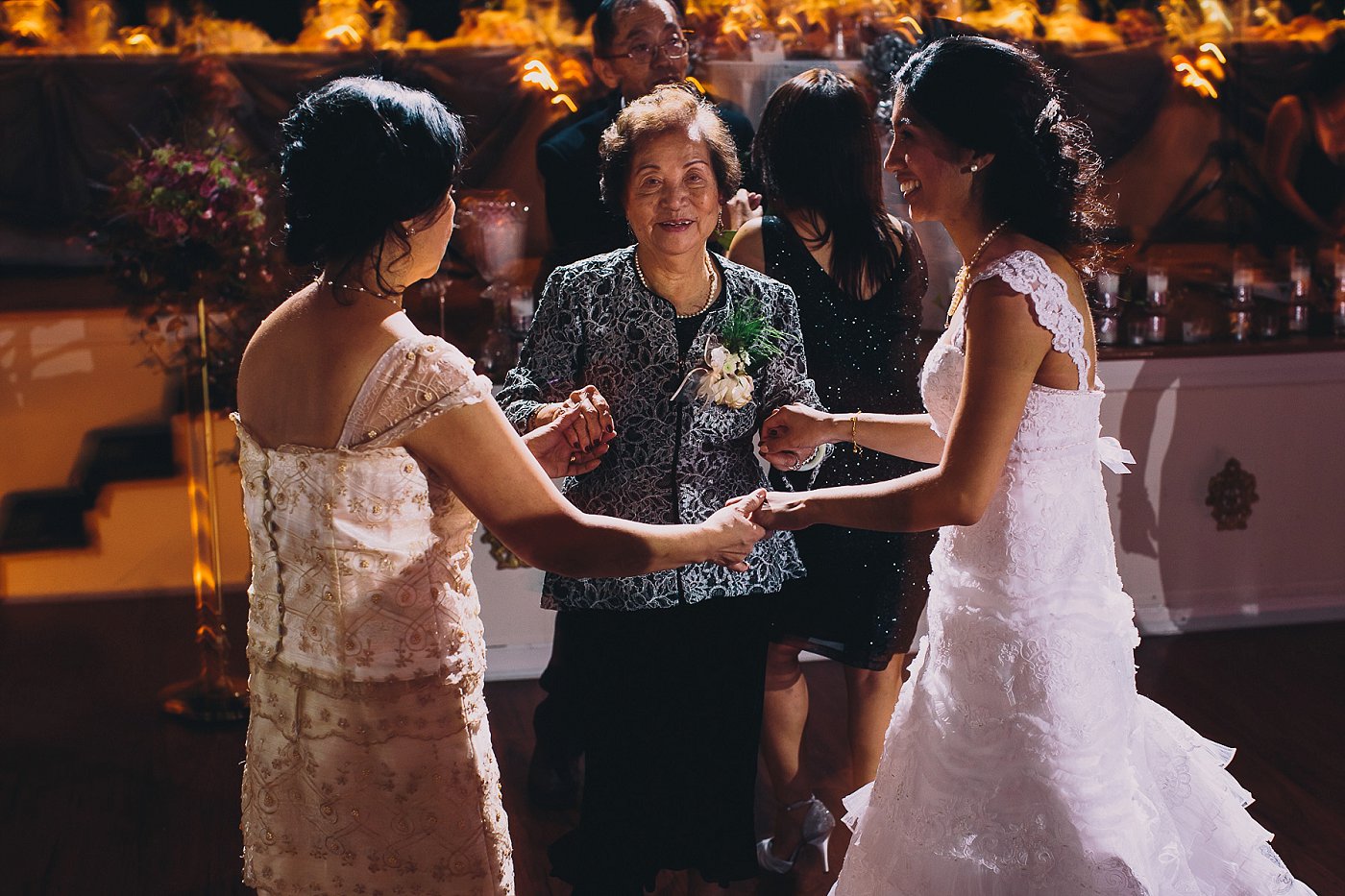