Trying new things is one of my favorite aspects of photography. I’ve been photographing people for about five years now and this is actually the first surprise engagement that I’ve been a part of.

Bryan contacted me some time ago about a doing some sort of couples shoot with his girlfriend where, during the shoot, he would propose. We worked through the details over email taking into account several fun challenges (i.e. terrible winter weather) and totally surprised Rachel. I’ve said it before and I’ll say it again: I love a good scheme. 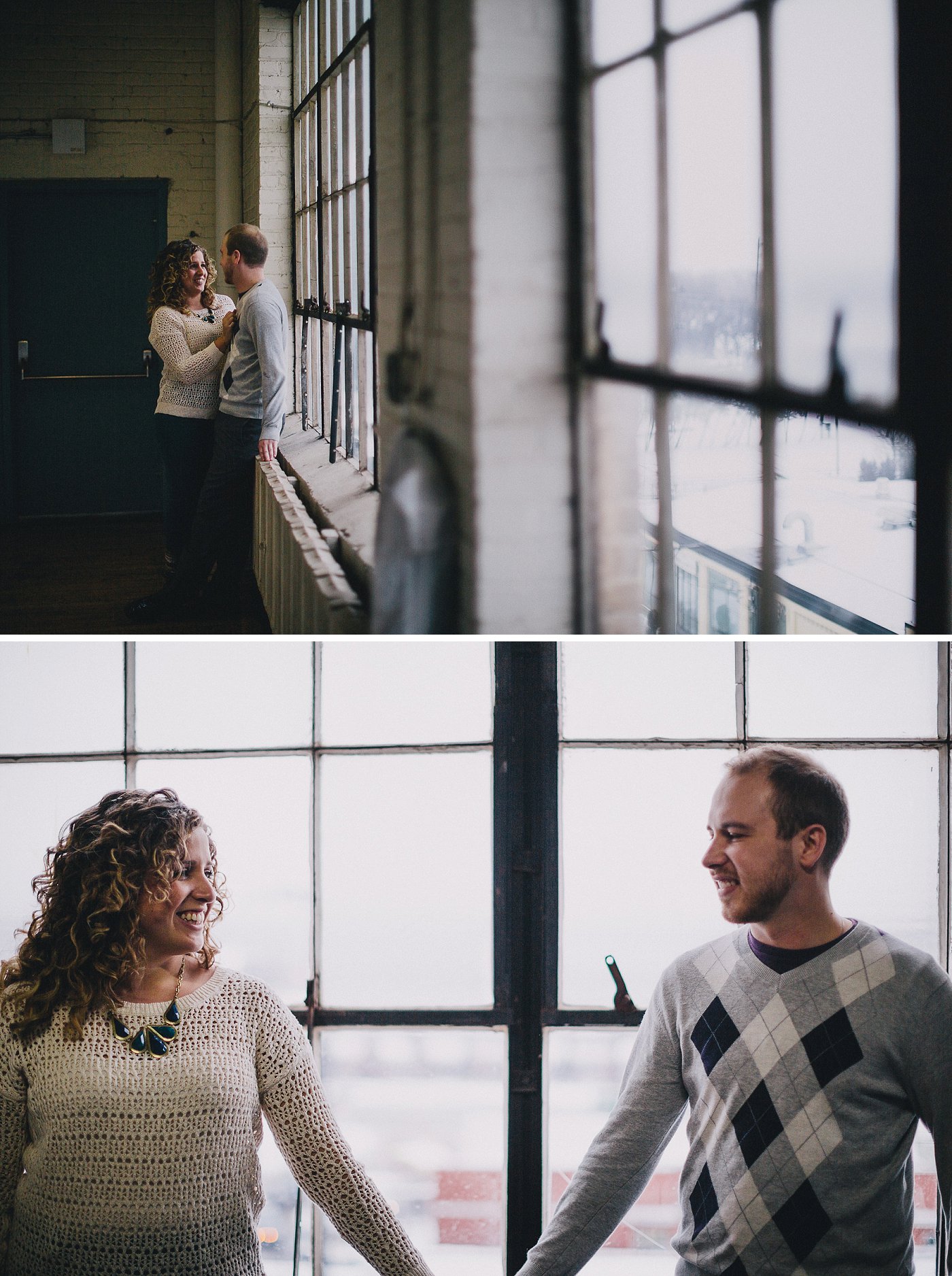 I had Rachel and Bryan face away from one another. While their backs were turned, I said I needed to adjust Bryan’s shirt (I was lying) and came down the stairs to give him the ring box (he had slipped it to me on the way in). I returned to the top of the stairs. Bryan had dropped to his knee (seen below) so I said “Ok, now turn around”. Bam. History. 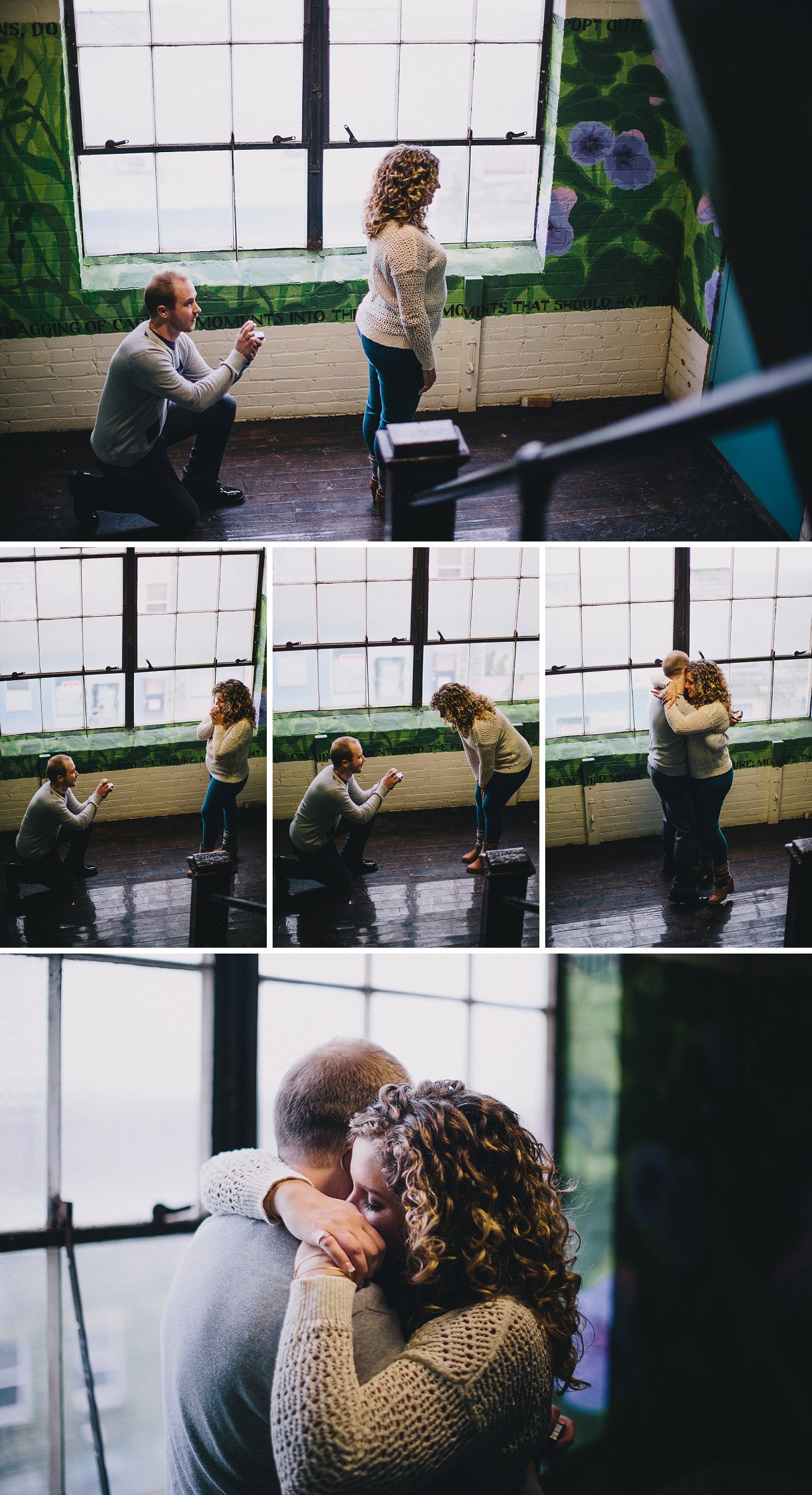 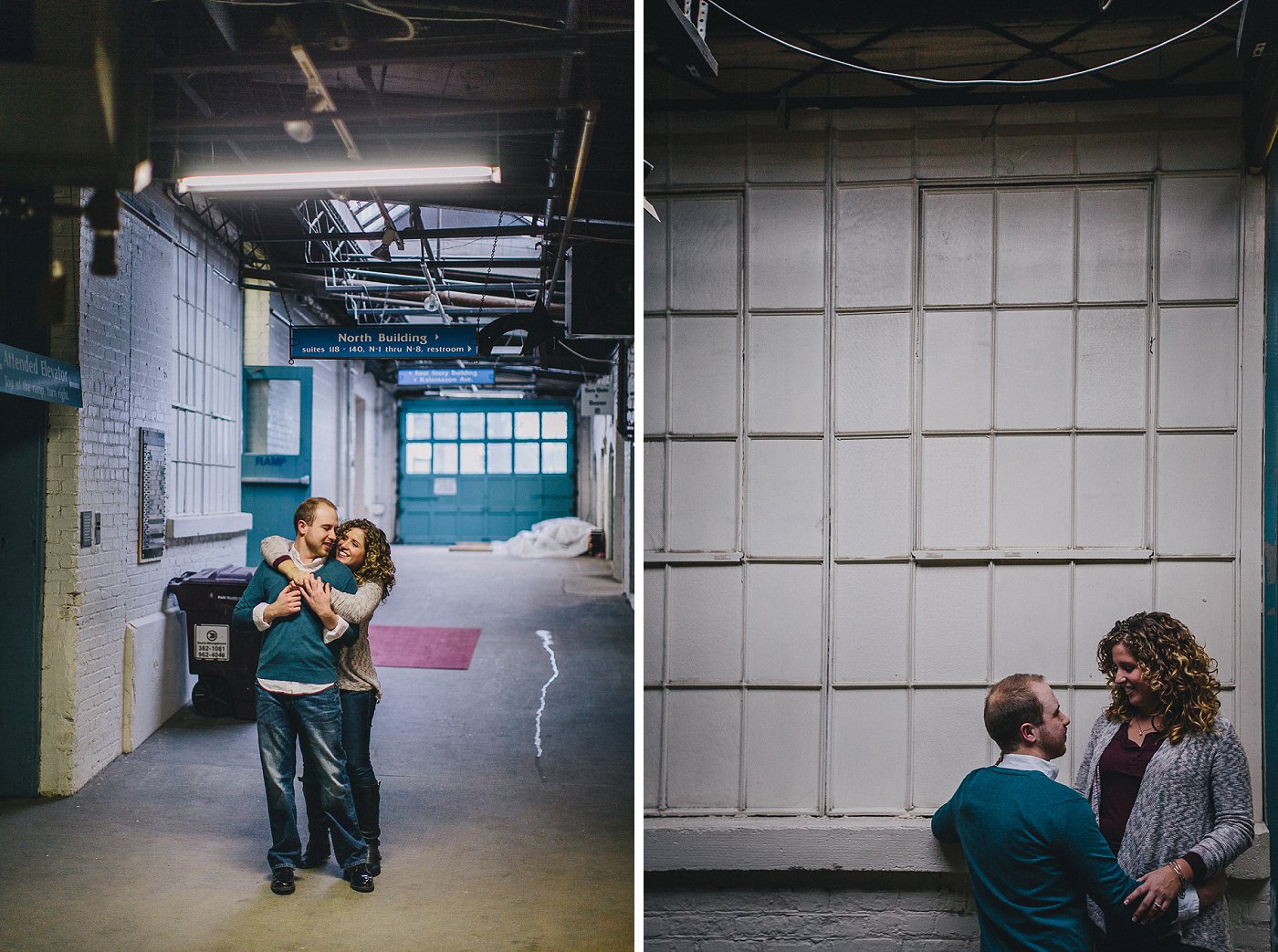 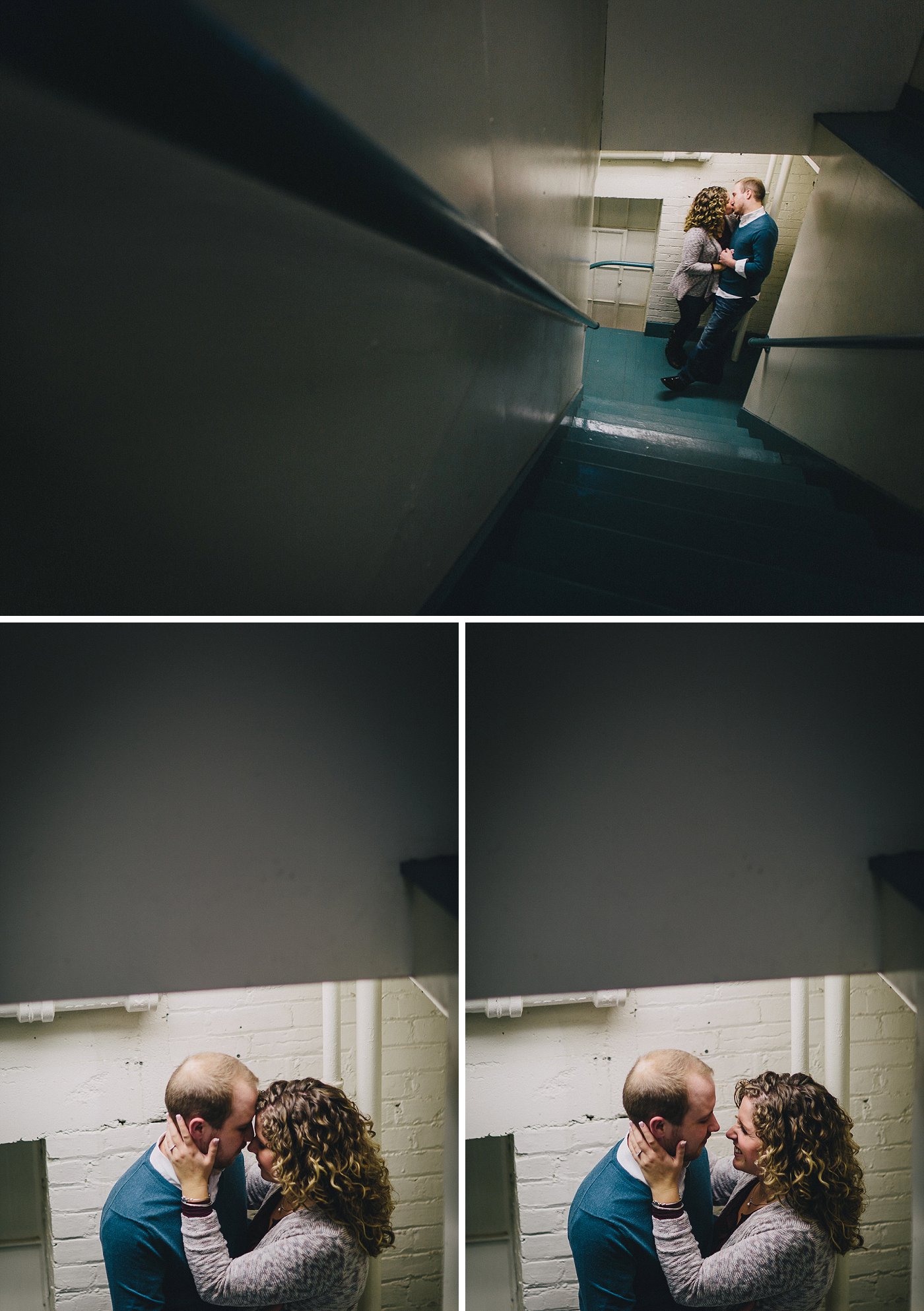